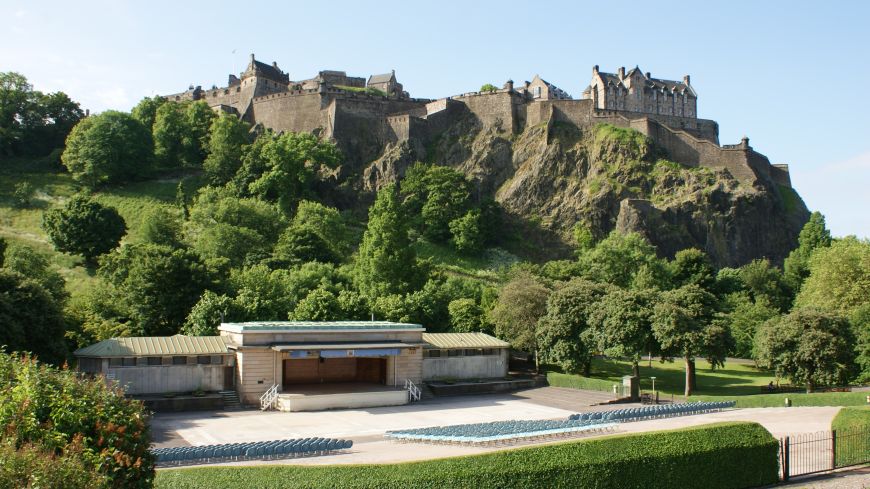 There are a number of events taking place in Edinburgh, during the long bank holiday weekend, marking Queen Elizabeth's Platinum Jubilee. The celebrations will start with the lighting of beacons across the country on Thursday. On Sunday, picnickers will be able to enjoy a live show in Edinburgh, then watch a live feed of the pomp and pageantry in London on a big screen in Princes Street Gardens.

People are being encouraged to come to the gardens with their picnic blankets for the free event, followed by the live big screen broadcast. The live entertainment starts on Sunday at 12.30pm with music from the Band of HM Royal Marines Scotland, along with local Love Music Community Choir and a contingent from the Edinburgh Festival Carnival parade.

Capt TP Griffin RM, Director of Music, Band of HM Royal Marines Scotland said: "The Band will march from the Blaise to the Ross Band Stand where they will perform a dazzling display to open the event. The Band will also conclude proceedings with a half an hour set from the bandstand which will include their world-renowned Corps of Drums, film music, Scottish melodies and virtuoso soloists."

Stephen Deazley, Artistic Director, Love Music Community Choir, said that after the restrictions of recent years the choir "really can’t wait and are looking forward to a joy-filled day".

The show is being hosted by Mark McKenzie of the BFBS (British Forces Broadcasting Service).

"The programme has a real eclectic feel, capturing not only a flavour of Scotland but the Commonwealth and beyond," said McKenzie.

The Platinum Jubilee Pageant broadcast live from London is being shown on big screen in the gardens following the live entertainment in Edinburgh.

More than 70,000 Big Jubilee Lunches are planned across the UK to mark HRH's 70-year reign, the longest reign of any British monarch. The Queen, who turned 96 in April, marked the platinum anniversary on 6th February this year.

In London, screens broadcasting the BBC’s live feed will be placed down The Mall and in St James’s Park.

The screens are being organised by the Department for Digital, Culture, Media and Sport (DCMS) which has launched an activity pack for children to help them learn about The Queen’s reign, including articles about how the country has changed in the last seven decades, opportunities to colour in a corgi or crown and bunting to decorate for street parties.

The Platinum Jubilee Bank Holiday weekend begins at 11am on Thursday 2 June with Trooping the Colour, which sees more than 1,500 soldiers and musicians, around 240 horses and the Irish Guards mascot, Turlough Mor the Irish Wolfhound, coming together for the traditional Queen’s birthday parade.

Around 7,000 members of the public will watch the ceremony as they return to Horse Guards Parade for the first time since the pandemic. Beacons will be lit throughout the UK and the Commonwealth in the evening.

On Friday 3 June, a Service of Thanksgiving for The Queen’s 70-year reign will be held at St Paul’s Cathedral. The service will include Bible readings, anthems, prayers and congregational hymns to express thanks for Her Majesty’s reign, faith and service.

Great Paul, the largest church bell in the country, will be rung. The bell, which was made in 1882, fell silent due to a broken mechanism in the 1970s. Following its restoration in 2021, this will be the first royal occasion in which Great Paul has been rung. The ringing of Great Paul will be followed by a peal of bells to celebrate.

On Saturday 4 June, a number of stars will take part in the Platinum Party at the Palace. Hosted by Kirsty Young and Roman Kemp, the celebration will see famous faces from the world of entertainment brought together to perform for a night of musical tributes to celebrate the Jubilee. 22,000 people will attend the event including 10,000 allocated in a public ballot and 5,000 tickets for key workers.

On Sunday 5 June, the celebrations will conclude with the Platinum Jubilee Pageant. Thousands of performers from across the country and Commonwealth will process down The Mall to tell the story of The Queen’s 70-year reign in a spectacular procession. Artists and the communities they work with will interpret different chapters of Her life.

The pageant will feature a giant dragon puppet the size of a double decker bus, corgis, acrobats, unicorns, dancers and circus acts. The grand finale will feature 150 ‘national treasures’ including Ed Sheeran who, along with members of the viewing public invited to become part of the performance, will gather and pay tribute to The Queen.

Across the country, millions will sit down to a Big Jubilee Lunch on Sunday afternoon with more than 200,000 local events - including screenings, street parties and lunches - planned. Big lunches take place in communities across the UK every year as people come together in celebration to share lunch. Each year they raise more than £8 million for local charities.

More than 8.5 million took part in the Big Jubilee Lunch for the Diamond Jubilee in 2012.

From back garden barbecues to full-blown street parties, there are events planned in neighbourhoods and communities right across the UK.

Big Jubilee Lunch themes being planned include red, white and blue and dancing through the decades with a world record attempt for the longest street party and the biggest Big Jubilee Lunch.

More than 600 Big Jubilee Lunches are planned in more than 70 countries - from Greenland to New Zealand - including capitals of the British Commonwealth.