Christmas at the Botanics 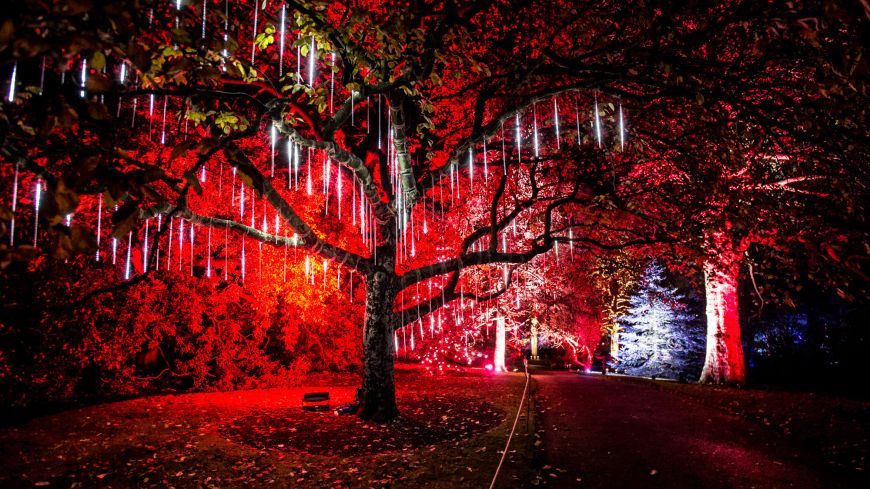 After selling 70,000 tickets in its first year in 2017, Christmas in the Botanics has become a mainstay of the festive season, with its popular light installations and visual effects.

The mile-long, after-dark trail weaves through the historic buildings and horticultural features of the Royal Botanic Garden Edinburgh.

Light installations include the Tunnel of Light, an immersive installation comprising of thousands of pea-lights running alongside the massive Beech Hedge.

Other features from previous years include the Scented Fire Garden by The Pond which is designed to create moments of tranquility and reflection for visitors.

Large light installations by both UK-based and international artists are positioned on the trail at various locations.

The event will conclude with a Festive Finale, where coloured projections will dance to Christmas classics.

Santa may make an appearance and there is seasonal food and drink to enjoy at purpose-built fire pits at the end.

While the gardens are normally free to visit throughout the day, special events like "Christmas at the Botanics" generate income for the organisation's plant research and conservation work.

Christmas at the Botanics time slots are available for both the West Gate entrance on Arboretum Place and the East Gate on Inverleith Row, which depart at 15 minute intervals from 4.15pm to 8pm on select nights.

Tickets will be dearer on the day.