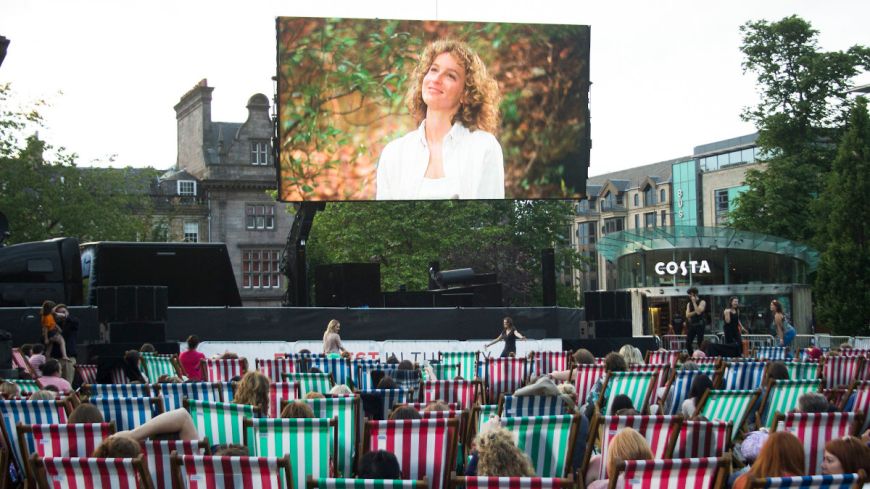 The Edinburgh International Film Festival, the "longest run film festival in the world" (at least, pre-Covid), launches its 2022 programme on 20th July 2022.

The full 2022 EIFF programme will be announced on Wednesday 20th July.

The full festival programme will be announced on Wednesday 20th July with tickets on sale to Filmhouse Members and Screen Saver Passholders from 12pm on the 20th and on sale to the general public at 10am on Friday 22nd July.

The 2021 EIFF took place for a Covid-shortened week in August for the first time since 2007. In the pre-pandemic era, the festival took place over a 12 day period in the second half of June/early July.

In 2021, programmers set out to establish a ‘new look’ innovative EIFF set to deliver in-person events in Edinburgh, and beyond, with indoor and outdoor cinema experiences alongside online festival screenings celebrating film’s ability to bind us together.

Due to Covid-19 restrictions, the 2020 EIFF did not go ahead as planned. However, it presented a programme online in partnership with Curzon Home Cinema, with a film each day of the 12 day festival. Films played for between 2 and 12 days, with live Q&As held with special guests.