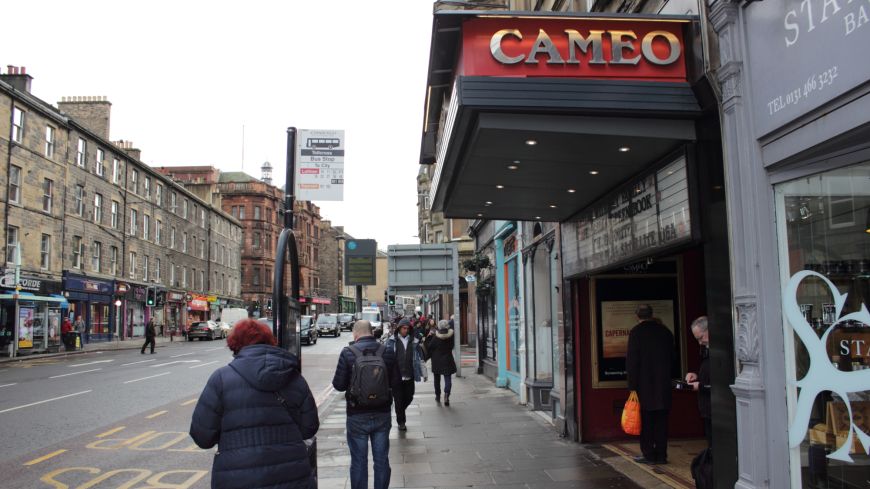 Edinburgh's stylish arthouse cinema has an air of an old world filmhouse from the outside, while inside you can spread out in expansive, comfortable armchairs of Cinema 1. This historic auditorium, now owned by the Picture House chain, has been largely unaltered or subdivided since it was built in 1914 when it was originally constructed as the King’s Cinema at the rear of an 1897 tenement block.

The Cameo Cinema bar (open 11am to late during the Edinburgh Film Festival) serves hot and cold drinks, has a relaxed atmos that makes it a good place to read the newspapers over a pint on a quiet afternoon. The cinema is fully licensed so you can take your drinks in to the cinema which is a real bonus.

As for films, this is where the major arthouse films are most likely to surface first.

Plans to convert the auditorium of Cameo One into a multi-purpose space were withdrawn in December 2005 after massive outcry.

There's reductions for Cameo members, which with the Cameo's Happy Monday reduction brings the price down to £5.90 or £7.90 for non-members. Family reductions available on Monday too.

The Cameo is near three cinemas - the Filmhouse and the Edinburgh Odeon on Lothian Road, and a little further away, Cineworld in Fountainbridge