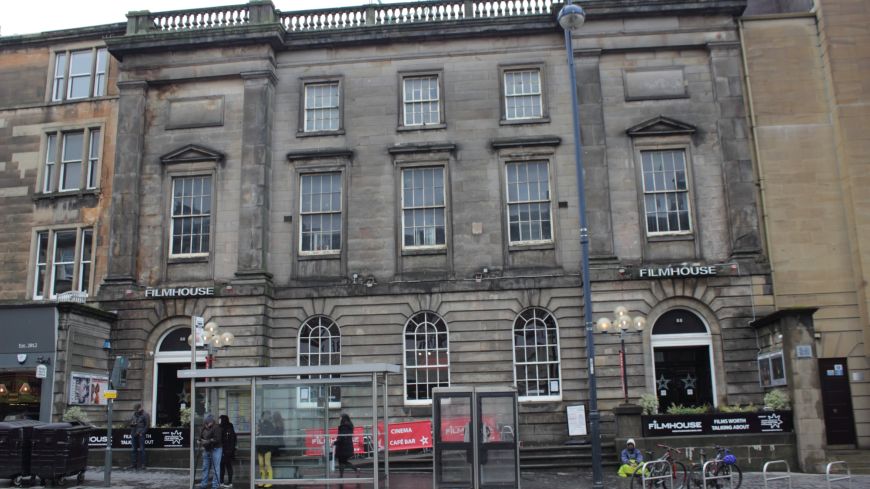 In a huge blow to Edinburgh cinephiles, the charity that runs the Edinburgh International Film Festival, Filmhouse, and Filmhouse Café Bar in Edinburgh, as well as Belmont Filmhouse in Aberdeen, today ceased trading.

In a statement released this morning, the board of the the Centre for the Moving Image (CMI) said:

“We have been proud to have led the CMI through incredibly challenging times, and in particular during the worst days of the pandemic. Unfortunately, the combination of sharply increasing energy and other costs, together with both the lasting impacts of the pandemic and the rapidly emerging cost of living crisis affecting cinema attendances, means that we have had no other option but to appoint administrators at this time.”

They continued: “We would like to put on record our immense gratitude to the entire staff team whose passion for film as an artform and for the audiences and communities we work with and serve has remained undented by the challenges of recent years. We’re fully aware that this will be an exceptionally stressful time for them.”

The trustees of CMI have appointed Tom MacLennan and Chad Griffin of FRP Advisory as Joint Administrators.

The Administrators will work with its funders - Creative Scotland, City of Edinburgh Council and Aberdeen City Council - in assessing what options there are for the future of the individual elements of the charity’s work and supporting staff through the process.

End of an era?

The EIFF often marketed as “the longest continually running film festival in the world” and in John Houston’s oft quoted line, “the only film festival worth a damn” has brought to the city stars of the screen since 1947, including Gene Kelly, Jacques Tati, Jennifer Lawrence, Tilda Swinton, Ewan McGregor, Sean Penn, Robert Carlyle, David Cronenberg, Cate Blanchett, Clint Eastwood, Piers Brosnan (above), and Sir Sean Connery.

It hosted world premieres of formative films by directors such as Bill Forsyth, Danny Boyle, and Stephen Frears.

The Filmhouse has been a champion of arthouse and independent films, a destination for the city's film buffs. As well as a hub for the Edinburgh International Film Festival, Filmhouse is also a host cinema for many small film festivals and film seasons, like this month's Edinburgh Short Film Festival.

However, while costs of running the cinemas and cafe have been rising, the charity’s public funding has been frozen or falling  and its business slowing.

CMI says, even with the recently announced energy price cap for businesses, its energy costs are expected to rise by approximately £200,000 over the next 12 months. It added that the price cap is in place for only 6 months, making planning beyond March 2023 “highly uncertain”.

As an accredited Real Living Wage employer, CMI is also facing an increase of 10.1% in payroll costs over the next 12 months.

The charity’s public funding has been at a standstill or reduced for over 8 years, says the CMI, and has fallen in real terms, with more uncertainty on the horizon, beyond March 2023, for public funding.

Meanwhile, Cinema admissions at Edinburgh Filmhouse and Belmont Filmhouse have been running at approximately 50% of pre-pandemic levels. Whilst this was sustainable in the short term with the emergency government funds, the CIS said it’s not sustainable in the medium term.

The difficult conditions around cinema is reflected in the recent Cineworld bankruptcy. Surveys show that only 57% of audiences have come back to the cinema since the pandemic, with older audiences less likely to have returned amidst ongoing concern about further spikes and waves of Covid and seasonal flu.

With declining audiences, and an affordability crisis, the charity says it has been unable to pass on to customers the increased costs of goods and services it is paying, which it puts at between 10% and 30%.

Screen Scotland, the national body that drives development in Scotland's film industry as part of Creative Scotland, said: "We are saddened by the news from CMI, the loss of employment, of cultural cinema programming in Edinburgh and Aberdeen, and the impact on the EIFF."

"We are working to explore future options for such cinema programming in both Edinburgh and Aberdeen, and for EIFF’s 2023 edition."