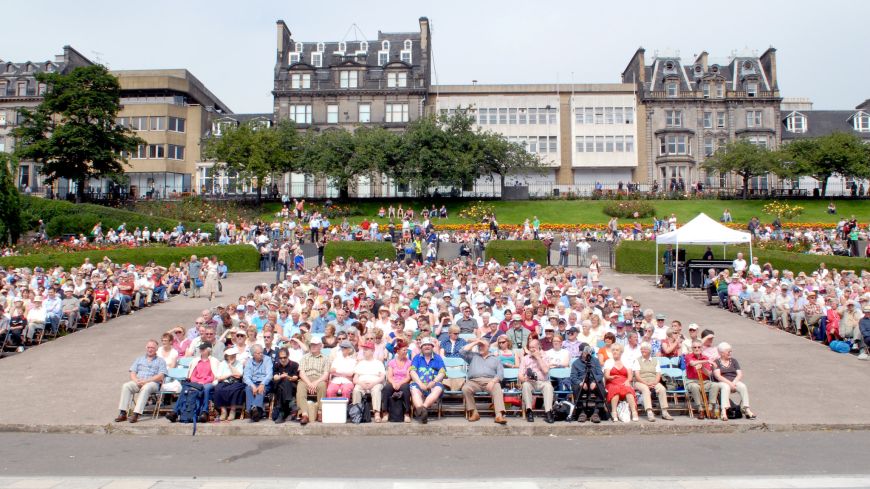 The Ross Theatre (aka the Ross Band Stand) is an outdoor concert venue, with a seating capacity of up to 2500, in West Princes Street Gardens.

The current Ross Band Stand and terraced area was developed in 1935. The original facility on the site was a bandstand, built in 1877, gifted to the City by William Henry Ross, Chairman of the Distillers Company Ltd.

In September, the Ross is the setting for the annual Edinburgh International Festival Fireworks Concert. It also hosts ceilidhs, free jazz during the Edinburgh Jazz Festival, a concert at Hogmanay, and a range of other events including non-professional events and rock concerts.

At the Fringe in 2010, Assembly pitched their Spiegel tent here.

You can hire the Ross Band Stand from the City of Edinburgh Council.