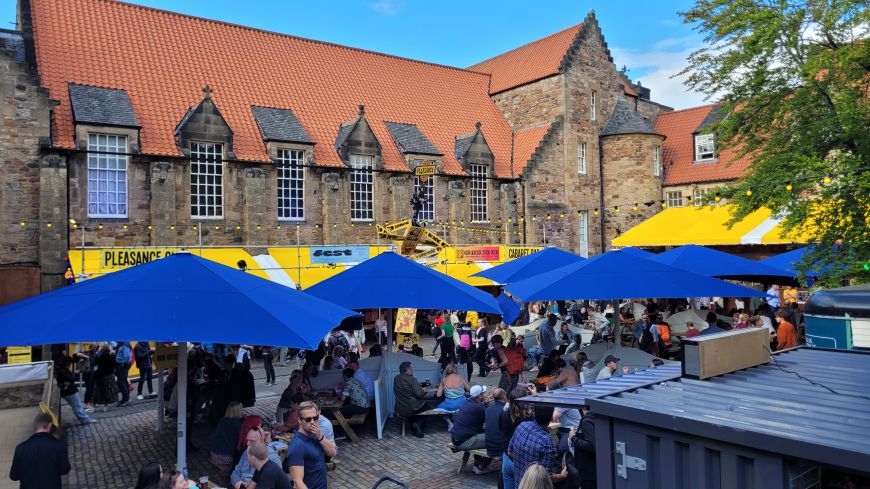 Perhaps best known during the festival for its huge Fringe programme, Edinburgh University's Pleasance complex of theatres and rehearsal spaces re-opened following a £6 million refurbishment in November 2017. Situated around a cobbled courtyard, there are a number of purpose-built performance spaces in 100 to 220 year-old buildings.

The Edinburgh University hub is a key venue year-round for students and for public events (such as the Edinburgh International Film Festival), debates, and the cabaret bar hosts weekly comedy acts and live music.

Pleasance at the Edinburgh Fringe

The Pleasance continues to grow each year. It started in 1984 with two theatre spaces facing the Pleasance Courtyard, and has now spread out into all the neighbouring area to create a village of twentysomething different performance spaces ranging in size from the 750-seater grand theatre, to bunker and attic theatres that seat around 50. There are also several bars and food places.

At festival time, the Pleasance Courtyard turns into the biggest beer garden in the city, and assuming the weather is not too dreich, it's an excellent place to start an evening or spend an afternoon.

The programming tends to be of a high standard, featuring many international acts, particularly with an emphasis on comedy, music, musicals, dance, and cabaret.