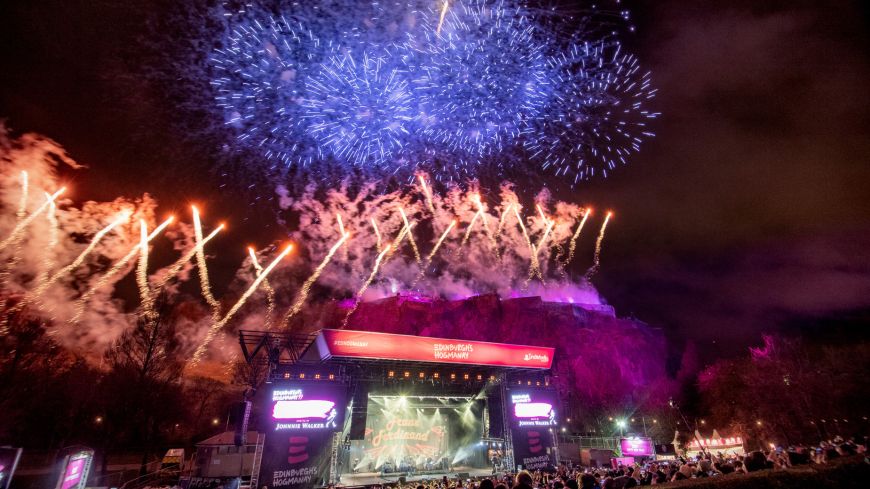 The Concert in the Gardens, part of the 3-day Edinburgh's Hogmanay Festival, takes place in a ticketed area in West Princes Street Gardens. The Ross Theatre provides a dramatic setting under Edinburgh Castle rock.

The Concert to mark the New Year is like a ticketed party within the much larger Hogmanay street party.

Numbers are constrained by the 2,500 seating capacity of the Ross Theatre, and are limited to ensure the public gardens don't get damaged by a stampede of people.

A ticket to the Concert in the Garden includes access to the broader Edinburgh's Hogmanay Street Party arena as well.

Pet Shop Boys are headlining the Concert in the Gardens 2022/23, with Special Guest DJs. Tickets go on sale at 10am on Friday 28th October.

2021/2022: Edinburgh's Hogmanay festival was cancelled due days before the event due to Covid-19 restrictions.

As well as playing big name hits, Ronson created a soundtrack for the Midnight Moment fireworks.

Concert in the Gardens tickets are priced at £85 for the enclosure and £70 for Gardens general admission.