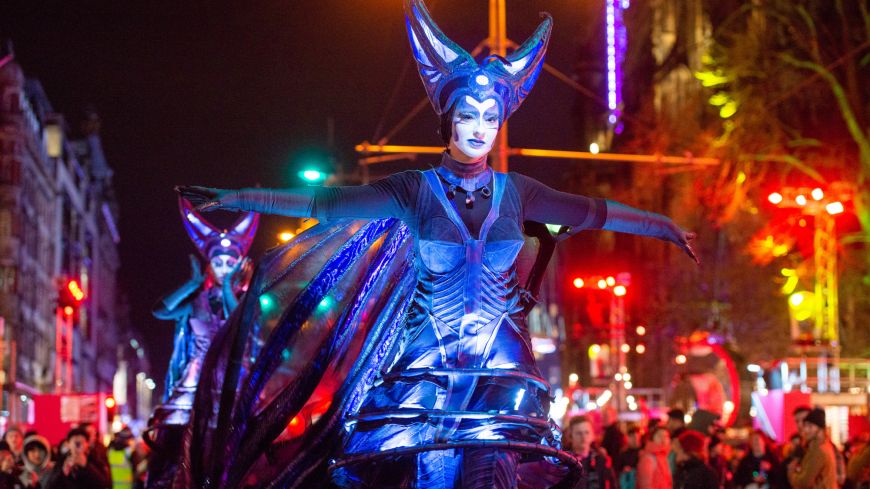 The Street Party (review), also known as "Party at the Bells", is perhaps the best-known event in the multi-day Edinburgh's Hogmanay Festival. The New Year street party is an e-ticketed event that, each New Year's Eve, runs across the length of Princes Street (as far as Sth St Andrew Street), with a carnival atmosphere and dancing in the street.

Up to 30,000 revellers will be at this year's Street Party on Princes Street with live DJ soundtracks, giant screens, funfair attractions and street food and drink.

As well as the Midnight Fireworks display above Edinburgh Castle, this year by pyrotechnicians from Titanium, the crowd will be pulsating with light, using dedicated LED wristbands. The wristbands will be distributed to revellers on entering the Street Party arena at one of the entrance gates: Frederick Street, Princes Street (East end via Balmoral Hotel), Bank Street (top of the Mound).

Gates open at 8pm and last admission is 10.30pm. There are countdown firework displays from Edinburgh Castle on the hour at 9pm, 10pm, and 11pm before the main fireworks display above the castle at mignight.

E-tickets went on sale on 18th October. QR codes are sent by email. You need to present the QR code for scanning to enter the street party arena.

There are usually free trams from every 20 minutes from midnight on December 31 to 5am on January 1 between the West End in Edinburgh and Edinburgh Airport.

Lothian buses has carried a Hogmanay £5 ticket deal in the past with unlimited travel on its buses from 6pm on 31st December and all Hogmanay buses after midnight. Lothiancountry has had a similar deal for either £5 or £10 depending on journey length. More on Hogmanay bus services. 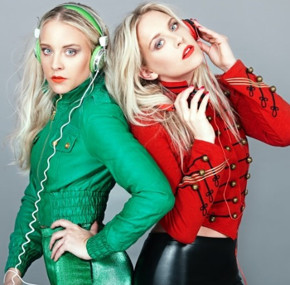 In 2019, Edinburgh's Hogmanay introduced a livestream on YouTube and on Facebook Live of the street party, which was viewable around the world for the first time. It featured The Street Party, Concert In the Gardens, and Ceilidh Under the Castle.

The live cast was hosted by the Mac Twins and featured music acts and street theatre from around the Hogmanay arena and the fireworks at midnight. The 16-camera live stream cost a reported £200,000 and ran from 7.30pm on 31st December 2019 until 1am, 1st January 2020.

The livecast was not archived for later viewing.

In the past Hogmanay has been broadcast live on television by Sky News and the BBC have webcast the celebrations.

You can also try and catch the celebrations on Edinburgh webcams although the feeds are usually unable to handle the spike in Hogmanay traffic.

Edinburgh's Hogmanay Street Party has been scaled back over the years. When Unique Events started organising the Street Party in 1993 it was a free, non-ticketed event.

Then in 1999, huge crowds of around 300,000 crushed into the city centre and railings collapsed on Princes Street, with hundreds of revellers injured. Organisers responded by creating a gated area within the city centre for the 1997-1998 Hogmanay Street Party.

The event has since gone from around 180,000 revellers of the millennium Hogmanay party to around 75,000 to 80,000 within a smaller cordoned-off area.

The event has been affected in the past by tram works.

The 2020-2021 Hogmanay Street Party and all Hogmanay live events were called off due to Covid-19 restrictions. Hogmanay "moments" were streamed online in its place.

In 2021-2022, Hogmanay organisers Underbelly rebranded a scaled-back street party event as "Party at the Bells" with a capacity of 30,000 and a later official start time. However, the full Hogmanay programme was cancelled due to pandemic restrictions and tickets were refunded.

In previous years, there were multiple stages and countdown fireworks at 9pm, 10pm, and 11pm, leading to the bells at the "Midnight Moment", and a fireworks display above Edinburgh Castle and from Calton Hill to herald in the New Year.

Traditionally, the fireworks are followed by a joining of hands as the crowd sings Auld Lang Syne, a kissathon, and more partying into the wee wee hours both on the street and around the city.

Covid-19 health protocols will likely mean that celebrations are more muted than in pre-pandemic years.