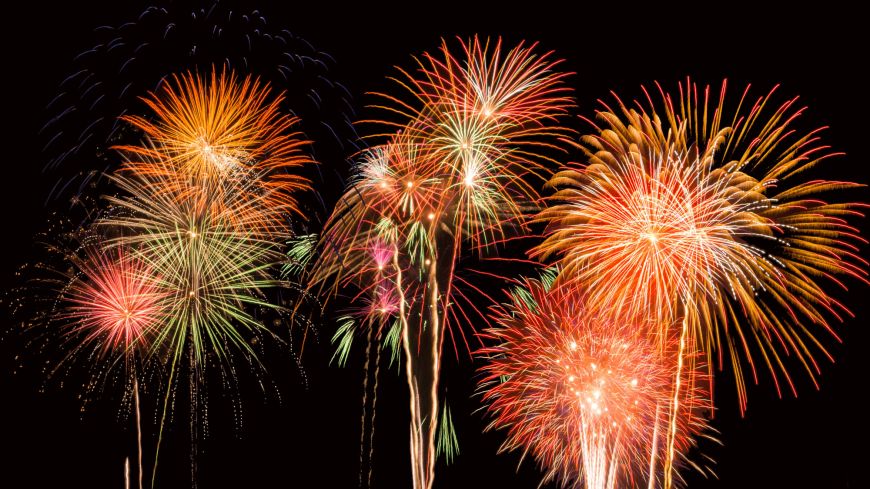 Other countries go crazy at Halloween. In Britain, not just Edinburgh, Bonfire Night, also known as Guy Fawkes Night, is marked with fiery celebrations across the land.

The celebration may share roots with Halloween, and the pagan Samhuinn and Hogmanay celebrations, marking the start of the "dark days"; but Bonfire Night's date originates from the failed Gunpowder Plot of 1605 by a group of English Catholics to blow up the House of Lords. The goal of the Gunpowder Plot was to kill the protestant James VI of Scotland and I of England.

However, Guy Fawkes was discovered skulking in the cellars of parliament on 5th November with a pile of gunpowder, arrested, and executed shortly thereafter. Hence Bonfire Night is always on 5th November ("remember, remember").

Public celebrations involve the burning of effigies ("the Guy") on a bonfire, fireworks, dancing, dunking for apples, roasting potatoes, and such like.

For those missing the annual fireworks display in Meadowbank Stadium (re-opened after a massive redevelopment), there's the Edinburgh Diwali in the New Town, a free, mini festival with a parade, music and a fireworks display to round it off on Sunday 6th November.

There are many smaller community Bonfire Night events in Edinburgh and also other fiery events around this time of year. The Celtic Samhuinn Fire Festival, organised by the Beltane Fire Festival, bursts into life on Halloween Night with its dramatic mix of pagan ceremony and pulsating drums.

Edinburgh's fireworks and winter fire festivals are popular and you should note that ticketed events often sell out in advance.

Some towns near Edinburgh may have their own celebrations on or near the evening of the 5th, like Musselburgh's Guy Fawkes Fireworks display. Community events are often free or by donation.

However, some fireworks events have cancelled in 2022. The Haddington torchlight procession and fireworks is not happening this year "due to price increases", but expects to be back in 2023.

Cockenzie and Port Seton's Fireworks in East Lothian, and East Lothian Yacht Club's Firework Display at the harbour in North Berwick have also announced that they are not going ahead in 2022.