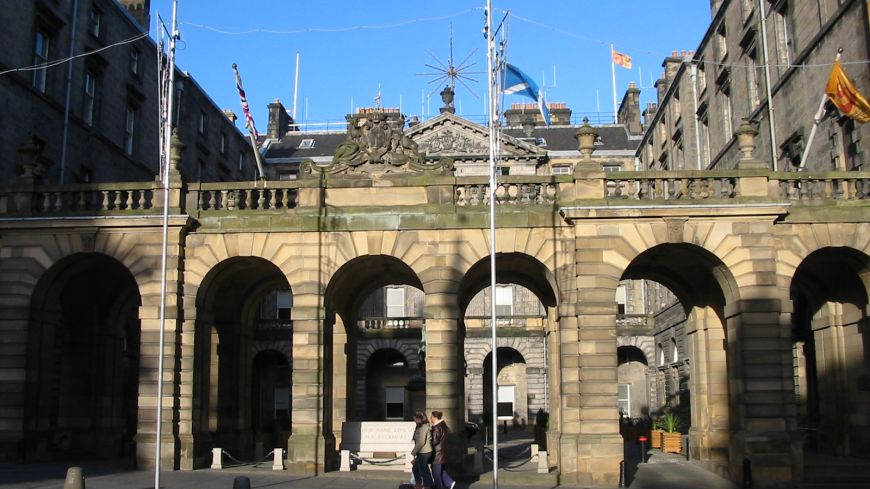 The Stone of Remembrance is a war memorial at the entrance to Edinburgh City Chambers on the Royal Mile. It is a light-coloured block, with the words on it "THEIR NAME LIVETH FOR EVERMORE."

Erected to commemorate Edinburgh people who served and died in the First World War, it was unveiled and bequeathed to the city by Prince Henry on 11th November 1927.

It can be found outside City Chambers, opposite St.Giles Cathedral, just down from Edinburgh Castle.