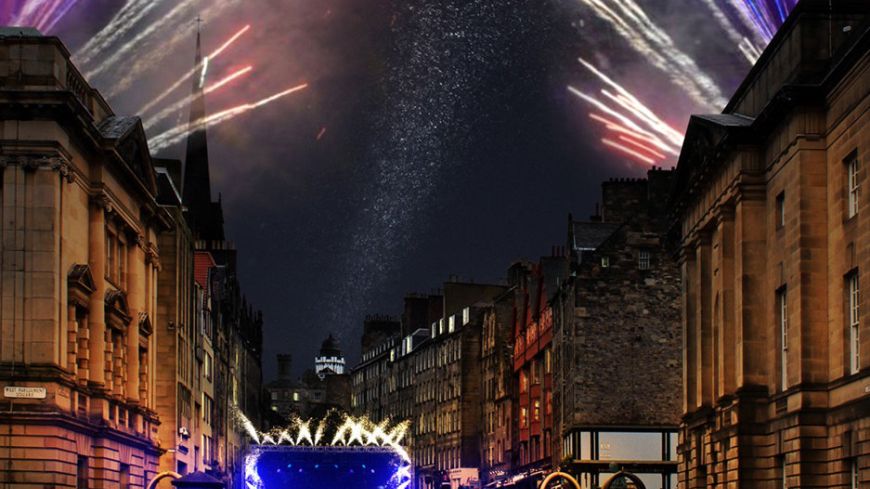 The switch is flicked on Edinburgh's festive lights on the second last Sunday of November, with the first in a series of Christmas light nights.

It also marks the start (or approach) of the official Edinburgh's Christmas festivities, a package of yuletide events.

The Christmas Tree on The Mound, a traditional gift given each year by the people of Hordaland, Norway, to the City of Edinburgh Council, will also be switched on as part of Edinburgh's Night Light.

A special ceremony is attended by the Lord Provost of the City of Edinburgh and Deputy Convener of Hordaland County Council.

In 2019, under former Edinburgh's Christmas organiser, Underbelly, Light Night was a major event on the Royal Mile.

In 2019, the evening's entertainment included live music sung by choirs from across Edinburgh such as Little Voices Big Stars (the Edinburgh singing group for children between 4 and 16 year olds), Rock Choir Live, and Royal Lyceum Theatre Edinburgh’s Community Choir.

Two giant screens at key points on the Royal Mile allowed the crowd of around 20,000 people to enjoy the free entertainment, which included a pyrotechnic display and a "flying visit" from Santa appearing on his sleigh on a zipline.

Light Night also comes as many other Edinburgh's Christmas attractions are opening. There is a Christmas Market, whisky bar serving cocktails and hot toddies on The Mound, and various fairground rides such as a Big Wheel and 60 metre-high Star Flyer in East Princes Street Gardens. For younger kids, there's two carousels, Christmas tree maze, and other Santa Land activities.