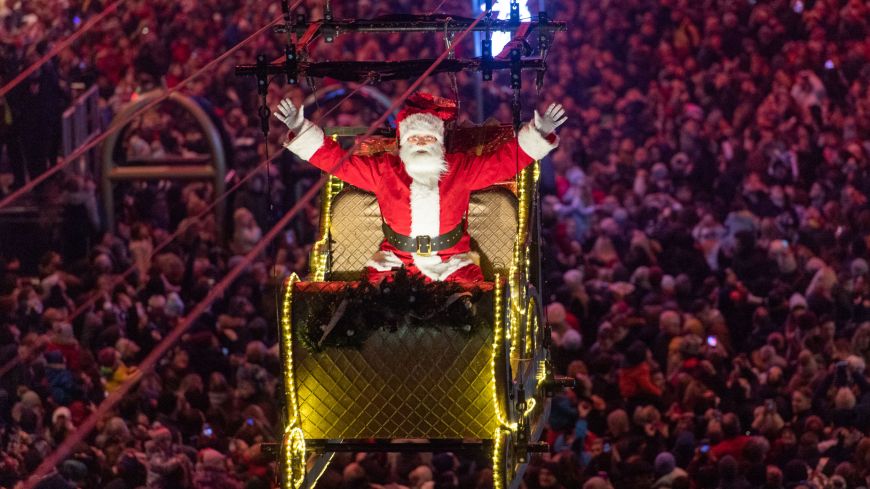 A crowd of around 12,000 people packed into the Royal Mile to get Edinburgh’s official Christmas festival underway with the annual Light Night celebrations this evening.

Local choirs sang to the assembled throng from 3.30pm before Santa appeared waving from a brightly-lit sleigh above the crowd.

With pyrotechnics streaking the Old Town sky, the odd flutter of flakes, the white-bearded one cruised up the Royal Mile in his cable-car sleigh, to join the Norwegian Ambassador to the United Kingdom, Ambassador Strommen and the Lord Provost.

At 5pm, Santa switched on the lights decorating the Christmas Tree on the Mound, which, as has been customary since 1986, was gifted by Norway.

There was also a special preview of two songs from the Lion King, which is playing at Edinburgh Playhouse from 5 December. 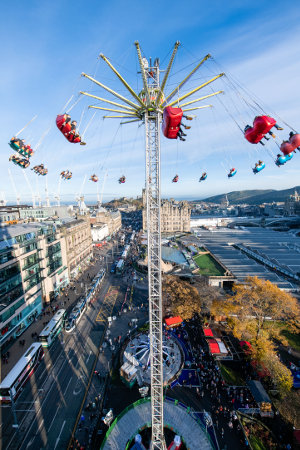 While there was a small protest, organisers Underbelly reported that the expanded market site and fairground saw a 30% increase in footfall this year on last year, with over 88,000 people visiting it on Saturday.

Santa’s Grotto is back on Castle Street with this year a large and incongruous fairground ride Helter Skelter (there’s one at the Christmas Market too).

New this year is a Community Christmas series, where local music groups will perform festive tunes at 12 different locations in December.

Other events include silent disco dancing at the Christmas Market on weekdays in "Welcome to the Jingle!".

There is also a Night Walk, offering a multi-sensory tour of Edinburgh past and present.