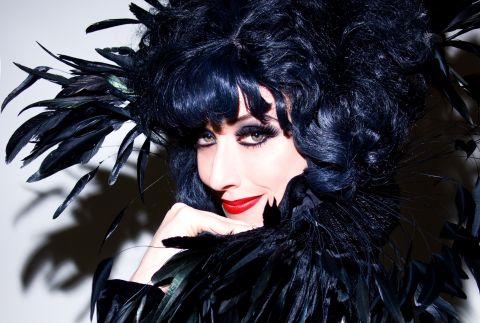 Barry Humphries, better known as Dame Edna, hosted this evening of Weimar cabaret compositions. Humphries has held a fascination for the music of the Weimar Republic since a young boy when he discovered a box of musical scores from Germany's inter-war years in a secondhand book shop in his home town of Melbourne.

Most of the German composers featured in the performance were famous in the 1920s, before the Nazis had take control of the German state. They would later be denounced by Adolf Hitler as being "degenerate" and driven into obscurity.

Many of their works, which were heavily influenced by the popular music of the Jazz Age, were resurrected in this entertaining programme.

The compositions were performed by members of the talented and versatile Australian Chamber Orchestra, particularly the pianist Ben Dawson, and featured a selection of quirky, jazzy compositions and songs.

The songs were performed by the cabaret singer Meow Meow, who depicted their raunchiness with great panache.

Satu Vanska, the assistant leader of the Australian Chamber Orchestra, dueted with her in "Wenn die beste Freundin” and occasionally she was joined by Barry Humphries, who in his inimitable, amusing way, provided insights into the history of the Weimar Republic. A most enjoyable evening.