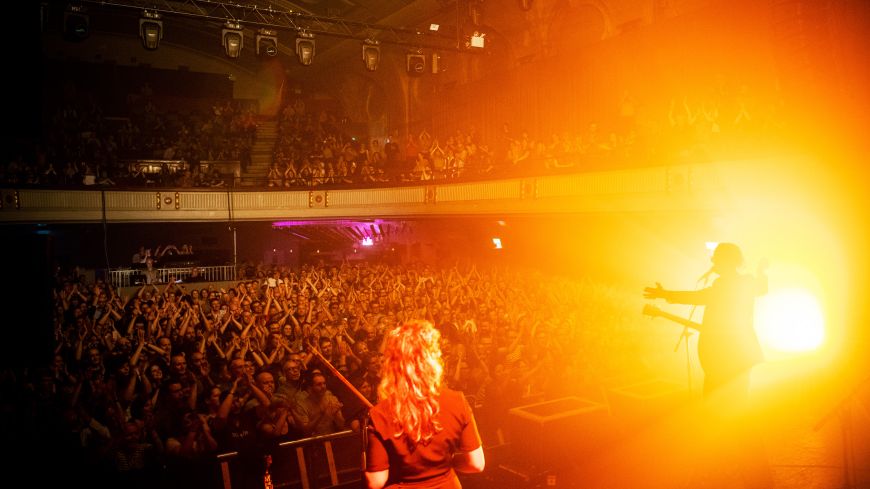 Classic art deco theatre and music venue that is part of a complex that includes the Thomas Morton Hall, the Marriage Suite and the Foyer (Crush Hall).

Also known as the Citadel Theatre, it hosted the likes of AC/DC, Thin Lizzy, Dr Feelgood, Mott the Hoople, Kraftwerk, and John Martyn, as well as Edinburgh International Festival shows til it closed in 1988.

The main theatre had been empty and gradually falling into disrepair since 1988, and it was nearly sold for residential development. However, the community of Leith rallied together and petitioned for years until finally in 2016 the City of Edinburgh Council granted a new lease to open the building again.

The auditorium was re-opened in 2017 for the Hidden Door Festival. The annual multi-arts festival returned to the venue in 2018 and the Edinburgh International Festival established Leith Theatre as a key venue in 2018 for its Light on the Shore music programme.

Leith Theatre was built during the Great Depression years, starting in 1929 and it opened in 1932. The main auditorium suffered bomb damage in 1941 and was closed until 1961.

The theatre has an old world character with a barrel roof, balcony, and large stage. There's also old dressing rooms, passages, a projector room, and an orchestra pit.

The Leith Theatre Trust was organized in 2004 with the purpose of refurbishing the 1,200 seater auditorium.