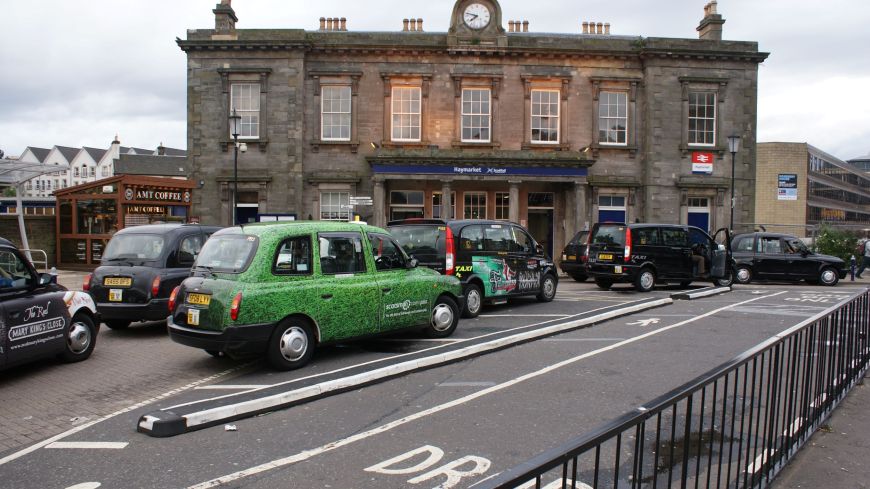 Haymarket Station is Edinburgh's second mainline railway station, the other being Edinburgh Waverley. As well as a stopping point for London-bound trains, Haymarket station is also on lines running to the West of Scotland and North of Edinburgh to the neighbouring region of Fife, making it Scotland's fourth busiest railway station.

Haymarket is a little further beyond Edinburgh's West End, close to Murrayfield Stadium. Travellers coming to Edinburgh for the first time from London sometimes make the mistake of getting off at Haymarket as it is the first of the two Edinburgh stops.

The distance between the Haymarket and Waverley stations is under 1 and a half miles, or about 5 minutes by rail.

There are four main platforms (1-4) and a bay platform, all electrified.

The original terminus for trains coming from Glasgow, the railway station was built in 1840-1842. The platforms were redesigned in 1894 and the whole station renovated in the 1980s.

Renovations over the years, in particular between 2012 and 2014, saw expansion of Haymarket around the existing station infrastructure to enhance the experience of the growing number of passengers.

The station was enlarged from the existing 3,000 square metres to 8,700sqm creating more of a public concourse, with a wider footbridge across the tracks, and a tall, airy, glazed roof. There's also a large sheltered bike parking facility at the entrance to the station.

Integration with the Edinburgh tramline, has made Haymarket a key interchange and gateway to the city.