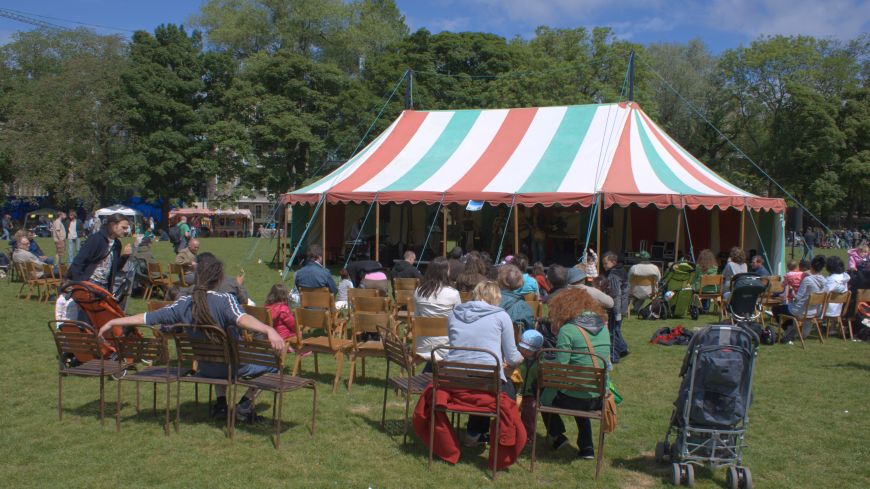 The Meadows Festival Edinburgh is an annual, free, community festival, that has been running since 1974, with sporting activities, local bands, stalls and family entertainment held on the large expanse of The Meadows by Melville Drive.

If the sun is out then this is a great place to spend the day.

The Festival is returning in 2022 after a 2 year break due to the pandemic. This year's event has moved to the East side of the Meadows (Area 4 of the park), where previous fests were held on the west side.

The event may be slightly scaled down in comparison to previous years. Due to a delay in getting a license for the event, the organisers are working on a shortened timeline.

Neil Saddington, Chair of The Meadows Festival Edinburgh Trustees and Volunteers said that "we will not be running our usual bands application system for artists to perform on the Main Meadows Music Stage this year. However, we will be inviting bands and acts that have previously delivered great performances on our stage, along with sounding out other top local acts that are known to us – so you know it’s going to be good!"

Many bands have already been announced.

The Festival is free. You just turn up. Head to the Meadows and then toward the music.