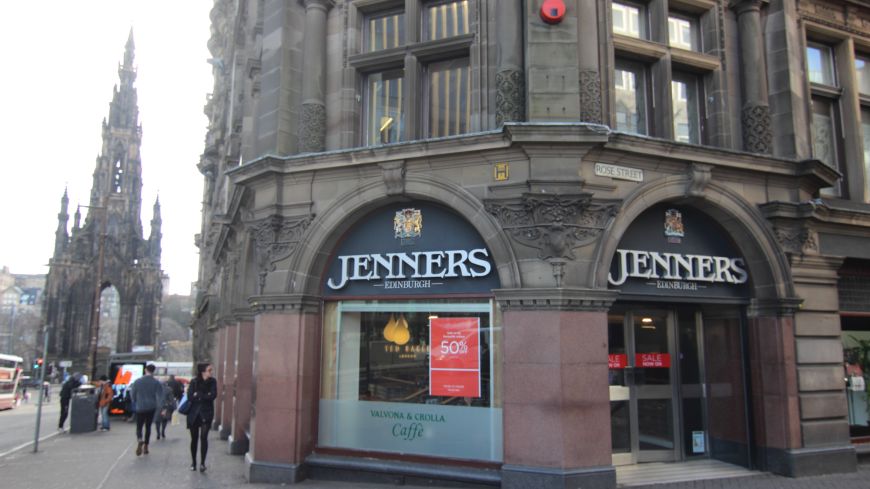 Often dubbed the "Harrods of the North" this traditional department store on Princes Street was always about the retail "experience" rather than bagging the bargains.

Jenners' open atrium over three floors, its balconies, and the architectural ornamentation and detail in its facade and interior harks back to a different era of bricks 'n' mortar shopping when you could find everything from office ware to habberdashery under the same roof. The food store on the top floor of the building - the original Victorian gallery - was always a popular place for gifts and the cafe for cream teas.

Povlsen has been planning a major refurbishment ("sensitively done") of the building that would include restoration of the building's facade, and creation of a 10,000m2 (32,808ft2), 96-bedroom boutique hotel on the upper floors. The redevelopment would include luxury retailers, cafes, and rooftop restaurant and bar that will overlook St Andrew Square.

The development would include of hotel space and 7,000m2 space for retail, cafes and restaurants.

On Monday 22nd January 2023, a fire broke out at the Jenners building. A firefighter was in critical condition after battling the fire.