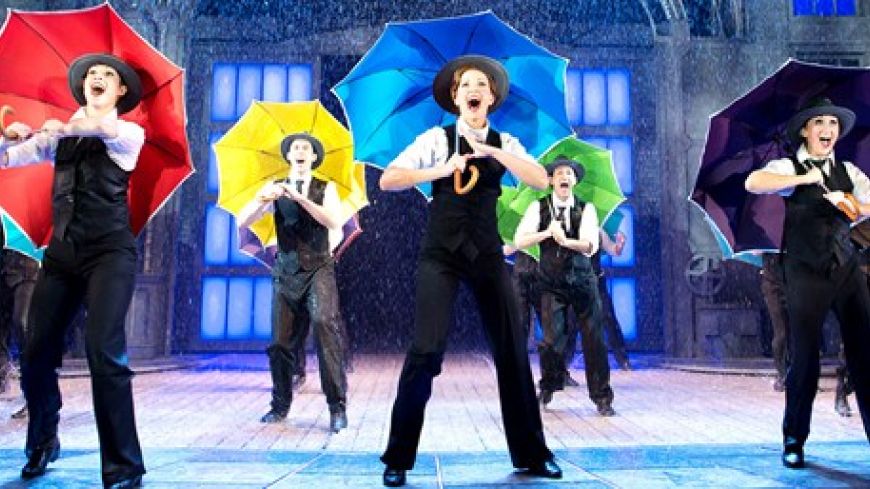 Premiered in 1952, “Singin’ in the Rain” starring Gene Kelly, Debbie Reynolds and Donald O'Connor is still rated as one of the greatest musical movies of all time.

Hollywood, 1927: the glamorous silent-film duo of Don Lockwood and Lina Lamont is the toast of Tinseltown. Both fan mag gossip columns and their movie characters view Don and Lina as “a couple” but in real life he has no interest in the talentless blonde starlet.

Don’s chance encounter with an aspiring stage actress Kathy Selden makes him realise he is not a real actor. “Movies are entertaining enough but I mean they don't talk, don't act, just a lot of dumb show", she curtly tells him, "When you’ve seen one, you’ve seen them all.”

But Hollywood is facing major change with a smash hit for the first Talkie, The Jazz Singer. In order to compete, Monumental Pictures decide to remake “The Dueling Cavalier” as a musical.

Don is an all round entertainer, but unfortunately Lina has a high pitched squeak of a voice like a fingernail on a blackboard. In a brilliantly funny film shoot, microphones hidden in a rose bush and inside Lina’s dress, cause complete chaos.

Similar to Eliza Doolittle having an elocution lesson with Professor Higgins, Lina has to be coached to try to speak clearly:

“And ay cayn't stand'im,” she screeches in her strong Brooklyn accent.

Lina clearly can’t act, sing or dance but Don and Cosmo realise that Kathy, an accomplished singer and actress, can help save the movie and the Studio from disaster.

Comparisons between such a well-loved film and this stage musical are sure to be made: for instance, instead of a Cyd Charisse-style dream sequence, here a confusing, fast paced scene has little sense of make-believe fantasy.

All the romantic songs are here: "You Were Meant for Me," "You Are My Lucky Star," "The Broadway Melody," and of course the title song.

Remember Gene Kelly stomping through the puddles? That memorable moment when he sings “The sun’s in my heart, And I’m ready for love” is regarded as the most joyous musical sequence ever filmed.

Well, you won’t be disappointed here as the rainstorm is a showering cascade of 12,000 litres of water for Don's classic "Singin’ in the Rain" number and the Finale.

The entire company presents a breathtaking show-stopping routine as they tap dance their way around the flooded stage. It’s a magical sight – but perhaps bring your brolly if you’re sitting in the front row of the stalls!

According to the American critic, Roger Ebert, “there is no movie musical more fun and few that remain as fresh over the years”.

Yes, the show is still fresh and dandy today and, as the lyrics express, “What a glorious feeling… I’ve a smile on my face….”