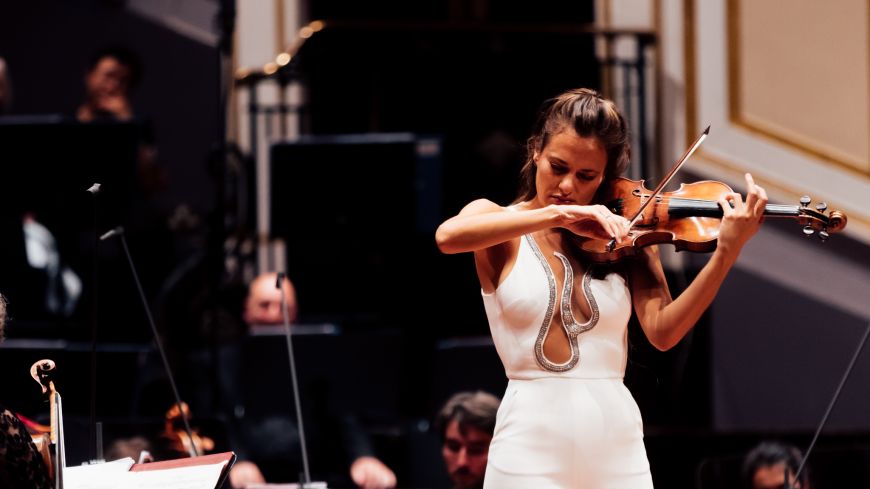 “As the curtain falls on the 2022 Edinburgh International Festival and on my tenure as Director, I am awestruck by the resilience, generosity and talent of the thousands of artists who have lit up our city over the past month," said Linehan.

"I am also hugely grateful for the responsiveness and dedication of all those who delivered the Festival season, from ushers and technicians to drivers and administrators, in the most challenging of circumstances. I leave the Festival in the knowledge that it is in the best of hands and wish Nicola Benedetti every success for her future tenure.”

Over 150,000 tickets were issued during this year's three-week festival, marking just a 7% decrease compared to 2019. By comparison the Fringe reported a bigger fall of around 27% in tickets issued.

With inflation and affordability major concerns, the Festival said that free, easily accessible events were fully booked within hours of going live.

Over 34,000 free tickets were booked, mostly for the four flagship free events: the spectacular opening event MACRO at BT Murrayfield, the Ukrainian Freedom Orchestra’s only Scottish concert, Thank You, Edinburgh from the Philadelphia Orchestra (which was livestreamed to Princes Street Garden) and Dreamachine, which continues into September as part of UNBOXED 2022.The Festival said that 63% of the audiences for these special events have come from the city of Edinburgh.

An additional 27,000 tickets were discounted as concessions, given to community groups or allocated to young people as part of the Young Music Pass scheme.

Locals made up a big part of Festival audiences, with 70% of the total coming from Scotland and 20% from the rest of the UK.

There was no Festival Fireworks Concert this year for the third year running - the Festival said that there was not enough lead time to prepare for the event. The Festival has not confirmed if the Fireworks Concert will return in 2023. The Fireworks concert was sponsored by Virgin Money from 2011 to 2020, although the last show under the sponsorship deal was cancelled due to the pandemic.

The International Festival celebrated its 75th anniversary with a programme characterised by high profile international collaborations, including artistic residencies featuring the world-renowned Philadelphia Orchestra and Internationaal Theater Amsterdam, the Festival’s largest ever line-up of Australian artists as part of the UK / Australia Season 2022 and a powerful performance from the Ukrainian Freedom Orchestra marking Edinburgh’s twinning with Kyiv.

The 2022 International Festival also explored the profound impact of refugeehood and migration on global culture, inspired by Rudolph Bing who co-founded the Festival in 1947 and was a refugee himself.

Refuge, a season of contemporary theatre, dance, visual art, film and conversation, was created in collaboration with the Scottish Refugee Council and featured artists from countries including Palestine, Iran, Zimbabwe, Jamaica and Taiwan.

"It has been fantastic to see our audiences embracing the return of the Edinburgh International Festival after an absence of almost three years. We are so pleased that the Festival has bounced back with such strength and resilience, we’ve reached our targets this year and now look to build on this success into 2023 and beyond."

The International Festival announced the appointment of Sir Ewan Brown CBE as Honorary Vice President at the Closing Concert on 28 August. This appointment was made in recognition and acknowledgement of his support and exceptional commitment to the Festival over several decades, including a decade on the board with seven years as Deputy Chair. He joins Mrs. Carol Colburn Grigor, who became an Honorary Vice President in 2013.

The Festival extends its 75th anniversary celebrations into autumn with its At Home programme, available online for free from November 2022. It features five specially commissioned performances filmed in iconic locations around Edinburgh, three full-length performances and a series of exclusive music sessions.

The next Edinburgh International Festival will take place from the 4th to 27th August 2023.