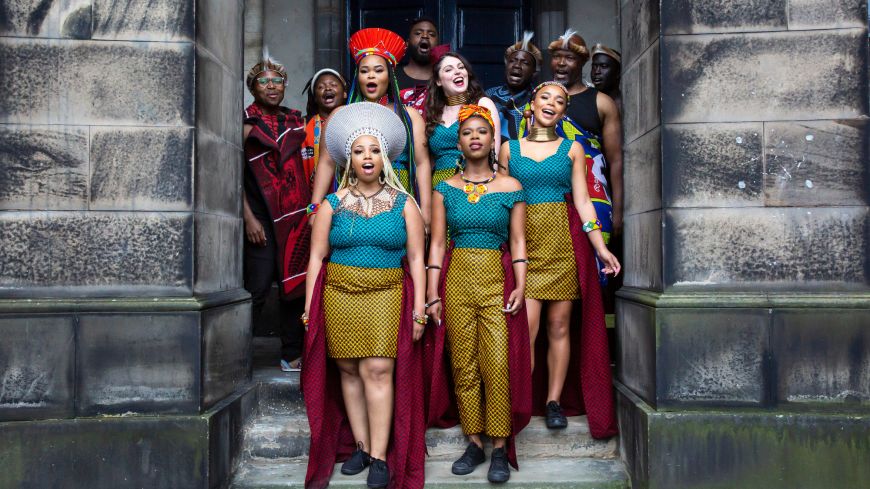 Today is the start of the Edinburgh International Festival 2021 and the return of the first live performances for the festival for almost two years.

After last year’s Festival programme had to be cancelled due to the pandemic, this year over 170 performances are lined up to take place in Scotland’s capital city, spanning classical and contemporary music, theatre, opera, dance and spoken word.

There is much that is new about this year’s festival.

In a first for the festival, a digital programme delivers 18 free full-length performances to audiences around the world.

The festival also has set up three large, bespoke outdoor venues for increased ventilation at Edinburgh Academy Junior School, Edinburgh Park and the University of Edinburgh’s Old College Quad. Audience members will be seated in bubbles spaced two metres apart and there will be shorter performances with no intervals.

The programme also includes carefully planned indoor performances at the Festival Theatre, Traverse Theatre, The Lyceum Theatre and Dance Base.

There is no opening event this year - only in June the EIF was looking forward to a fiery, populist opening event Night Light in the Royal Botanic Garden on 6th to 8th August. That was cancelled:

"Without the previously available artists' travel exemption from quarantine, it is not logistically feasible for the Carabosse creative team to travel from France to Edinburgh to undertake the necessary preparatory work, which needs to be completed seven weeks before the event itself," says the EIF website.

No Festival Fireworks Concert - which traditionally provides the grand finale for the festivals - has been programmed either. It's a huge crowd-pleaser. But now is not the time for crowds.

For Fergus Linehan, EIF Director, it's not a time to dwell on the setbacks, but the achievement of getting the festival back on track:

"Today is a hugely important moment for audiences, artists, and all Edinburgh’s summer festivals. Over the coming weeks an incredible selection of performers from across the UK and around the world prepare to take the stage in our cherished venues and our beautiful new outdoor pavilions. We are thrilled to, once again, bring the city to life," said Linehan.

"I want to express my gratitude to all those who have shown loyalty and commitment to the idea of the International Festival – that the arts are a universal force for good that enrich us personally, as members of our community and as global citizens.”

Tomorrow, Scottish Opera returns to the International Festival with its new production of Falstaff by Glasgow-born director and designer Sir David McVicar.

This new staging, adapted from the outdoor version, gets to the bones of Falstaff, balancing laugh-out-loud moments with a poignant tale of a childlike man who has outlived his own time.

Audiences under the age of 26 can enjoy £8 tickets on the day of selected performances.

Tickets are available through the Edinburgh International Festival