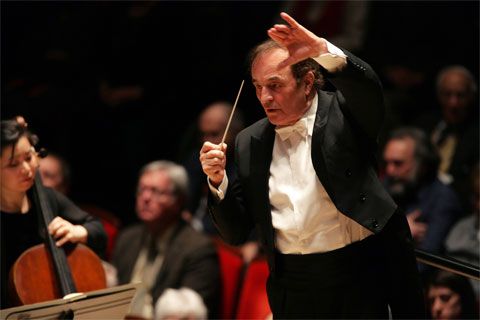 The Philadelphia Orchestra was the first major orchestra I heard live.

Billed as “the world’s greatest orchestra”, with the players’ instruments valued at a mind-boggling quarter of a million pounds, in May 1949 it was the first transatlantic orchestra to visit Britain after World War Two. As an impecunious student surviving on an ex-serviceman’s £187 a year education grant, it was a struggle to find the cost of a top-price ticket and the train fare to Glasgow for the tour’s only performance in Scotland.   It was more than worthwhile.

The legendary Eugene Ormandy led the Philadelphia with a flair and dexterity that brought out all orchestral qualities and revealed not only power but essential artistry. I cannot remember what was played but the unforgettable excellence of the performance burned into my memory.

The opening work, Stravinsky’s tale of a nightingale at the Chinese emperor’s court put the whole orchestra at full stretch with distinct oriental traces and notable solo contributions from flute, clarinet and trumpet linked to highly impressive percussion. Even more impressive was the very large string section - it is rare to find a classical orchestra with eight double bass and ten cellos. The rest of the programme - Rachmaninov’s Symphonic Dances, Ravel’s Mother Goose suite and La Valse - gave a fascinating new aspect to music a keen Festival-goer may have heard earlier.

Martha Argeric and Nelson Goerner played all three in their recital of piano duets and four-handed piano works on August 14.  An orchestral texture revealed delicacies only hinted at by piano.

The Mother Goose suite is a composite of five fairy-tales, given an oriental French flavour in Ravel’s version for ballet. The opening solo horn ushers in some simple music in the Sleeping Beauty Pavane while strings tell most of the tale in Tom Thumb.

The Empress of the Pagodas ventures into the pentatonic scale and in Beauty and the Beast clarinet and double bassoon carry conservation between the two characters. Fantastic strings accuracy and control opened the Magic Garden but they were muted in an ecstatic climax.

In La Valse, waltz rhythms and fleeting snatches of actual waltz tunes were lost in an overriding message of despair and looming disaster.

The Philadelphia playing was consistently outstanding and reached a peak in Rachmaninov’s Symphonic Dances. Subtleties in the composer’s final work -- completed shortly before he died – demanded individual craftsmanship as well as coordination. It appeared effortless, though the massive volume of sound that filled the Usher Hall must have entailed enormous physical effort. This century-old orchestra still scales dizzy heights despite being threatened by U.S. Bankruptcy Laws.

Judging by the intensity of the prolonged applause from the packed hall, the concert was a tremendous success.  For me, it was the finest offering in the Festival.