A Betrayal of Penguins: Don't Run With Scissors Review 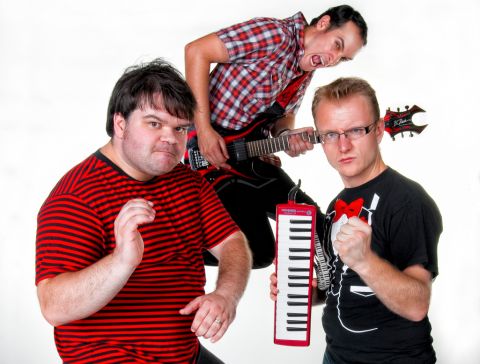 The Irish comedy team Betrayal of Penguins are back in Edinburgh for their second year, with this enjoyable show about the last ever episode of fictional kid’s TV show “Don’t Run With Scissors”. Complete with a catchphrase, incessantly cheerful hosts and annoyingly memorable theme song, Betrayal of Penguins superbly captures the style of children’s television in all its cringe-worthy glory.

The two main characters, played by Matt Smyth and Ross Dungan are well conceived as the repressed and stressed hosts of the programme, neatly varying between patronising cheerfulness and blind panic, bringing to mind the deliciously terrified faces of every children’s television presenter at the moment where everything goes wrong.

However, the auxiliary characters are not as well-developed and the jokes are decent, but never truly rise to the level of side-splitting. There is strong potential for a genuine comic force in these performers – they have not reached their peak yet, but with Don’t Run With Scissors they definitely show a great deal of promise and originality. This is not a perfect show, but is a perfectly enjoyable way to spend an hour of one’s afternoon.