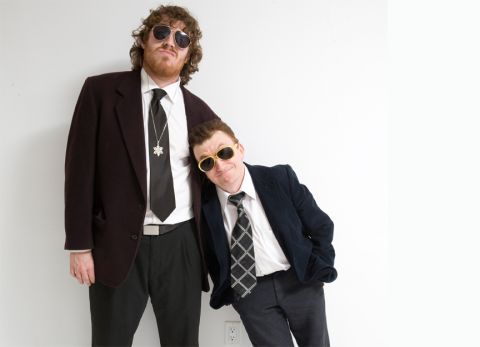 Do not let the one star for this show fool you. This is not a bad show. Bad is far too small a word to describe the kind of spectacle you are in for, should you choose to see this show. For this show is a crime against comedy.

I had originally planned to be generous and give it two stars, but on reflection, I realised this was not on the basis of any redeeming value of the show, and more down to pity.

The songs involved were unimpressive and poorly executed, and the sketches were bewildering and distinctly unfunny. As a whole this show was an unfocussed mess, with even potentially good material wasted on the almost endearingly amateurish performers. I felt sorry for the members of the audience who had actually payed to watch this.

An over-reliance on awkward film references in between frankly boring vignettes and some truly embarrassing audience interaction makes this show both inaccessible, as well as badly written.

In fact, the only way one would be likely to enjoy this would be to imbibe a herculean quantity of alcohol, which neither this reviewer, nor EdinburghGuide would recommend as it would be a fantastic waste of time, money, brain cells and life expectancy. The alcohol won’t do you any good either.