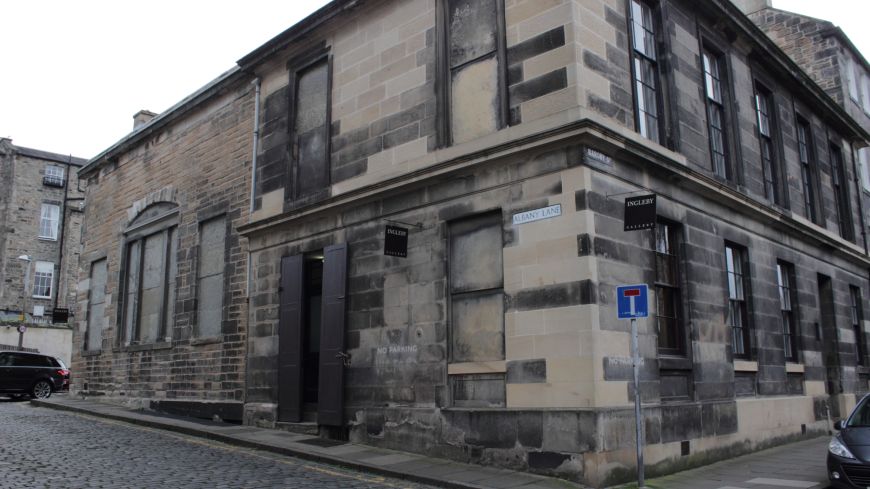 The gallery has had something of a peripatetic existence in recent years, that has seen it move location from behind Waverley Station, to Calton Terrace, and now to its current location, tucked away in a New Town lane off Broughton Street. It opened its doors at the Barony Street location on its 20th birthday, May 12 of 2018.

The new venue, the Glasite Meeting House (aka the Kale Kirk), a 19th century former place of worship of the small Scottish religious sect known as the Glasites. The sect was named after the Rev. John Glas who broke away from the Church of Scotland in 1732 to pursue an austere, literal and unembellished interpretation of the biblical Word.

The last service was in November 1989, with the Meeting House remaining in care of the Cockburn Conservation Trust and latterly the Scottish Historic Buildings Trust, until it opened three decades later as the Ingleby Gallery.

Ingleby Gallery is one of the venues participating in the Edinburgh Art Festival.

During exhibitions: Wednesday - Saturday, 11 am - 5 pm