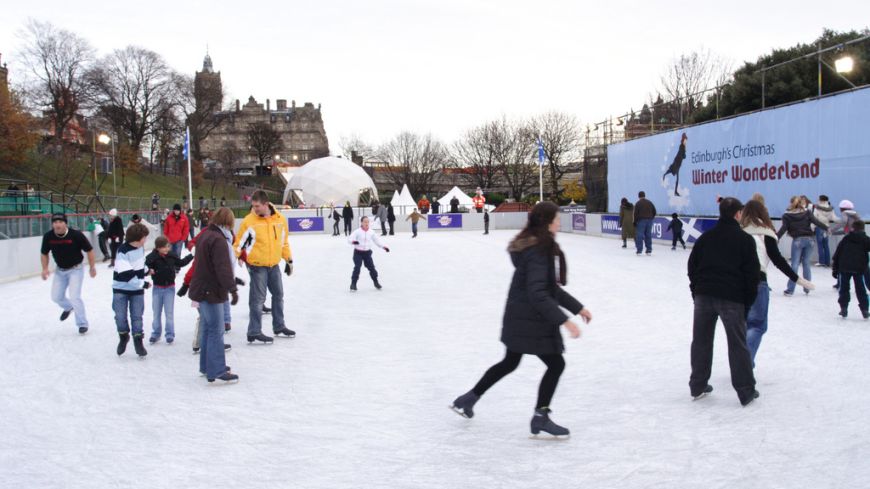 Edinburgh's Ice Rink (aka Winter Wonderland) was a temporary, outdoor ice rink set up in East Princes Street Gardens, during the course of Edinburgh's Christmas festivities. The rink itself changed over the years depending on the operator running it, but retained its presence as a rectangular shaped, open-air skating space, situated under the Scott Monument and the Big Wheel in the public garden.

In subsequent years, the St Andrew Square "elliptical" ice rink, became the only pop-up, ice rink during the Christmas and Hogmanay season with the space in Princes Street Garden given over to an expanded Christmas Market.

For Edinburgh's winter festivals 2021, a new ice rink, Lidl on Ice, was set up at the West end of George street, between Charlotte Square and Castle Street.