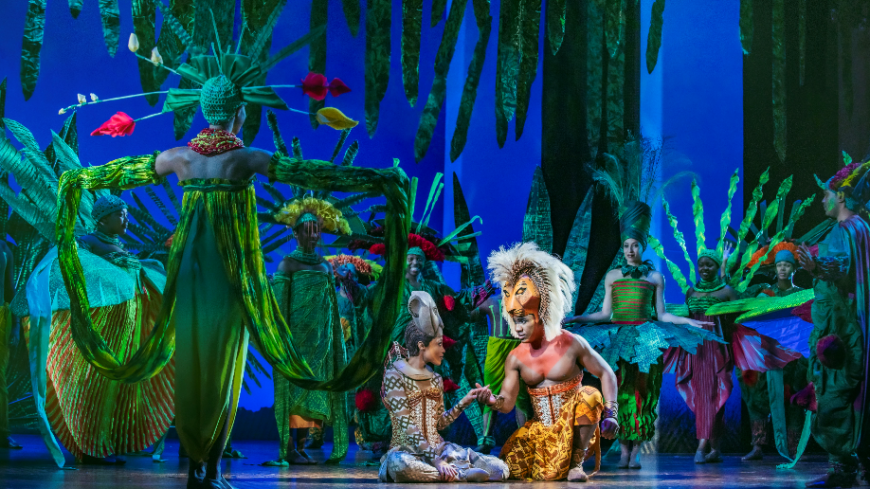 If you want to see real live action Disney, and not digitally enhanced better drawings, then get along to The Lion King at Edinburgh’s Playhouse and forget the movie remake happened as this long running crowd pleaser will transport you and ensure no worries over the holidays.

It’s been 21 years since the Broadway premiere and 20 years of shows at London’s Lyceum Theatre (making it the sixth longest-running West End musical of all time) but this award winning musical hasn’t diminished as it presents a glorious cacophony of movement, sound and colour with a real sense of uniqueness through Julie Taymor's re-envisaging.

Taymor is an integral part of the show’s ongoing success as director, costume and mask designer for ensuring her adaptation doesn’t pander to the film, presenting a true theatrical showcase uniting set, costumes, puppeteering, music and story (which, for those not familiar sees future king cub Simba flee Pride Rock when tricked by his Machiavellian uncle Scar) which stands the test of time, and theatre goers.

The book may have a few weak spots, with some bloated intersections and a tendency toward twee dialogue, but overall the balance of mesmerising darker set pieces peppered through multi-coloured joyous moments means the touring production hasn’t lost its majesty despite shrinkage, especially combined with Garth Fagan’s choreography and Lebo M's African rhythms.

The ensemble cast are stellar down to the last plain of grass, with scene-stealing turns from Thandazile Soni and Matthew Forbes as Rafiki and Zazu, a solid pouncing Simba from Dashaun Young and a mesmerising Nala from Josslynn Hlenti. But Richard Hurst’s Scar never truly chills with a more panto-esque deliver and Steve Beirnaert’s Timon is a tad lacking in restraint.

With an opening sequence that still enthrals young and old alike in a moment of theatre magic – and an injection of modern, self-deprecating humour with a great reference to Frozen – The Lion King is a gift this festive season with a message of always being true to yourself that everyone can take home with them.