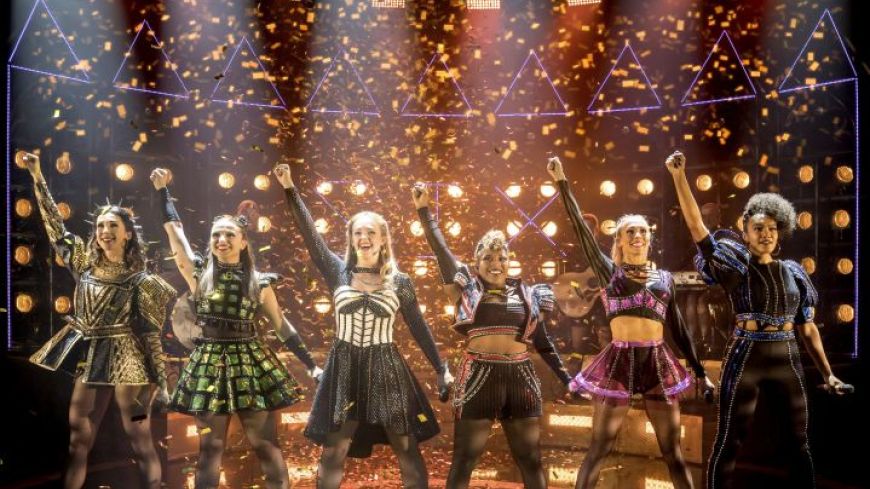 With Hamilton and now SIX reaching stratospheric popularity, it is clear the future of musical theatre is this explosion of powerful edutainment - merging history (or in this case, her-story) with the here and now of pop culture, music and vernacular.

Divorced, beheaded, died. Divorced, beheaded, survived. Taking back their power and their story, the six wives of Henry VIII are back to tell their own grisly tales - at first glance, quite the pop-SIX-squish-uh-uh-cicero-lipschitz situation... murderee edition! What starts out as a competition, battling it out for the title of Which-Queen-Had-it-Worst, culminates in a mega metaphor moment where they rise above the rivalry and band together.

Truly, there are 10 queens on stage - the SIX (ex)wives and the four women in the killer on-stage band, the “ladies in waiting”, musical director Arlene McNaught on keys, Vanessa Domonique on drums, Frankie Smith on guitar and Kat Bax on bass.

The book and lyrics by Toby Marlow and Lucy Moss make this the most original musical made in recent memory. Written with a sharp tongue and taking musical cues from Britney, the Spice Girls, Ariana Grande and more, the script and score separate each queen from their status as ‘wife’ and give them back their voice, their humour, their gumption, their gall!

These capital F-I-E-R-C-E queens will seriously send tingles down your shoulders for 80 minutes straight (no interval needed, thank you). With insane charisma, chemistry and vocals that will make your jaw reach the floor, these ladies have come to slay. Catherine of Aragon (Lauren Drew), Anne Boleyn (Maddison Bulleyment), Jane Seymour (Lauren Byrne), Anna of Cleves (Shekinah McFarlane), Katherine Howard (Jodie Steele) and Catherine Parr (Athena Collins) - the throned throng of the hour - manifest energy so electric and palpable, you’d think a shock would be imminent. All six have their powerhouse strengths, each tackling tinges of different genres from bubblegum pop to hip hop to house to R&B, while serving you the T about their collective ex-hubby and bringing you from howling laughter to welling tears.

If SIX is anything, it is as the queens’ closing number describes - “one of a kind - no category”.
After rising from my seat in a ball of excitement and smiles, I only went and bought two of the last few tickets remaining to see the show again, didn't I? If you can’t grab yourself one - and you should - don’t lose your head! Click here for details on where SIX is (be)heading on its #RoyalTour.