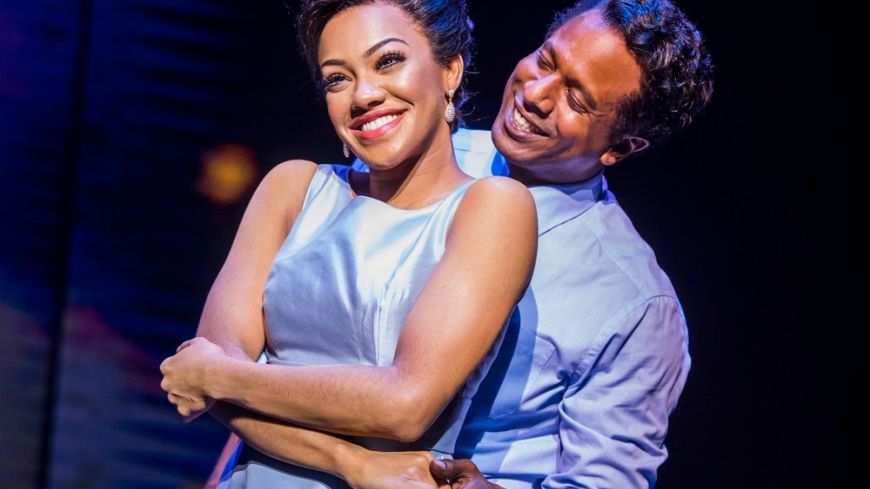 Slick, smooth and soulful is the summation to this sensational showcase of an era of music that redefined the world of record making, changing the face of and paving the path for future popular music.

The man behind the towering achievement of Motown Records, Barry Gordon, saw the label achieve 57 chart-toppers in the US alone and introduced household names like The Temptations, The Four Tops, The Supremes, Smokey Robinson, Marvin Gaye, Stevie Wonder and The Jackson Five.

But the book, by Barry Gordon himself and based on his memoir, is the only weak spot. It unfolds like a soap opera, with some clunky dialogue which never goes beneath the surface. Instead, the focus is on showcasing the back catalogue of music, packing in 50 shoulder shimmying songs, meaning nobody in the audience was complaining!

While this is wonderful to watch and highlights the speed of the industry at cranking out the music and the hunger from the rising teenage subculture, it's a shame there's no real chance throughout to find out more detail about the labels operation or the man himself, whose dream and determination launched the careers and sound of a generation.

We start in 1983 as Gordon (Edward Baruwa) is refusing to attend the 25th anniversary party for Motown Records to celebrate his achievements. The label is on the brink of collapse and the big names are moving on to other companies leaving Gordon embittered as the wheels of change keep on turning.

We then flashback to the beginning with a whirlwind look at how it all came to be.

From Gordon's early failure as a boxer, influenced by Joe Louis, to a salesman and car-worker that inspires his ambition to gamble on investing in "making people happy" with music, we see the label grow from humble Detroit side-street beginnings to LA status.

There’s also a chance to see the impact on those involved, where an all-consuming career often came at the cost of a personal life, echoed in the focus on the relationship between Gordon and his muse, Diana Ross (Karis Anderson).

We touch on overcoming early obstacles of prejudice, segregated audiences, assassinations, the self-interest of artists and the scepticism of African-American activists, while the music's legacy speaks for itself, with numbers accompanied by projections, providing the social and political backdrop.

The uplifting exuberance of Motown reflects that even though times can be harsh and injust, life is worth living - a message we can all do with hearing in the current negative cycle of news sharing and scepticism.

Edward Baruwa is fantastic in the lead role, radiating a warmth and exuberance throughout to accompany his gorgeous tone, echoing the root of Motown, to feel the music, while Karis Anderson manages to embody Ms Ross' rise from ingénue to diva without becoming a caricature.

But it's the collective where this show really shines, showcasing hot young talent with great melodies for a winning result on the engrossed, toe tapping audience.

From 'Reet Petite' to 'Ain't No Mountain High Enough', the ensemble deliver sharp moves amidst melodic harmonies, all seeming to embody sheer joy in the moment, creating a delivery which refreshingly feels off-the-cuff instead of overly polished.

A guaranteed evening of fun for young and old, full of tip top tunes and a zestful energy you can't help but soak up.