Laughter in the Rain - The Neil Sedaka Story Review 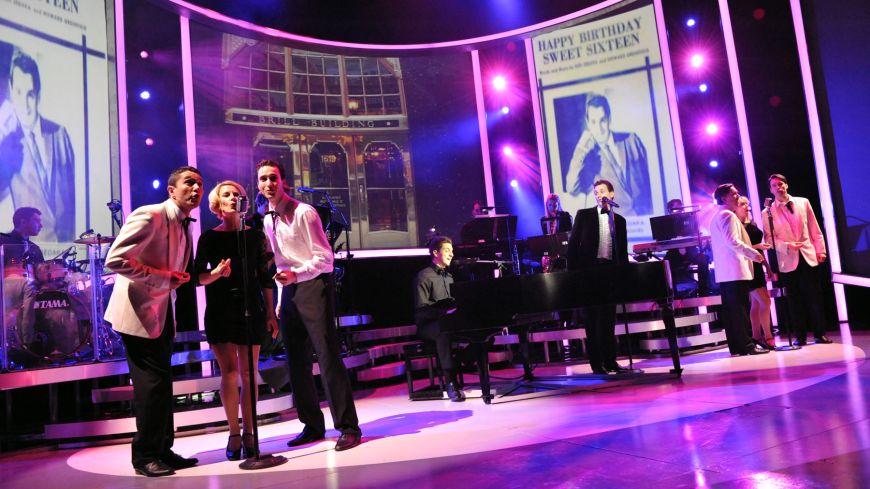 Laughter in the Rain – the Neil Sedaka Story was full of surprises and all of them good. Although the songs were familiar his life story had sufficient snippets of information to keep interest throughout.

Born in Brooklyn, near the Coney Island Fun Fair, the young Neil who showed an early aptitude in music was supported by his pushy mother to start a career as a concert pianist.

In trying to achieve ‘streetcred’, he started along with his neighbour Howie Greenfield to write and perform songs of the late 50’s and 60’s only to find his career derailed by the invasion of the ‘brits’ following the arrival of the Beatles into the ears and hearts of American teenagers.

Sedaka continued to write other songs destined to become hits, he came to the U.K. to resurrect the performance side of his career, and eventually he went back home to top the billboard charts.

Wayne Smith (Neil Sedaka) is relatively inexperienced as a leading man but has captured and held the voice throughout. As you would expect, he is rarely off the stage and for most part his acting is credible whether as a son, songwriting partner or husband. The relationship  with his "mom" beautifully characterised by Julia Farino  and the role of her lover is central to the ups and downs. Some work could be done on his scene with his mom after his debt to the taxman is uncovered but overall his excellent performance was central to a fine show.

While all the songs are catchy, Wayne’s emotional rendering of Solitaire was outstanding. His "cheapskate" Dad (Simon Connolly) has some of the best lines, delivered with great comic timing. The humour is gentle but effective.

With 40 songs in the show this was always going to be a jukebox musical, but what made this production standout was that the statistics, the trials, and tribulations of his life were slipped in effortlessly without the audience feeling that it was any old excuse for a song.

Of its type, Laughter in the Rain is better than many such productions. It was helped by a great sound from the band and stunning lighting incorporating 5 panels with pictures evocative of the times and his career highs. (One tip for the writers, if you come to Scotland change the references to the QE2 as an English ship! Noticed after the interval the cast used Britain rather than England. Did someone have a word?)

Anna Clayton as his wife Leba puts in a fine performance dueting effectively with Wayne in several of the second half numbers.

The song writing partnership with the shy and retiring Greenfield (Edward Handoll) culminates in the lyrics of Our Last Song Together and the strength of this production is that the audience get an insight into the story behind the songs.

Many of the cast double and triple up in parts, but this is not to the detriment of the show and the overall standard of singing and dancing made you feel you were watching a top notch production.