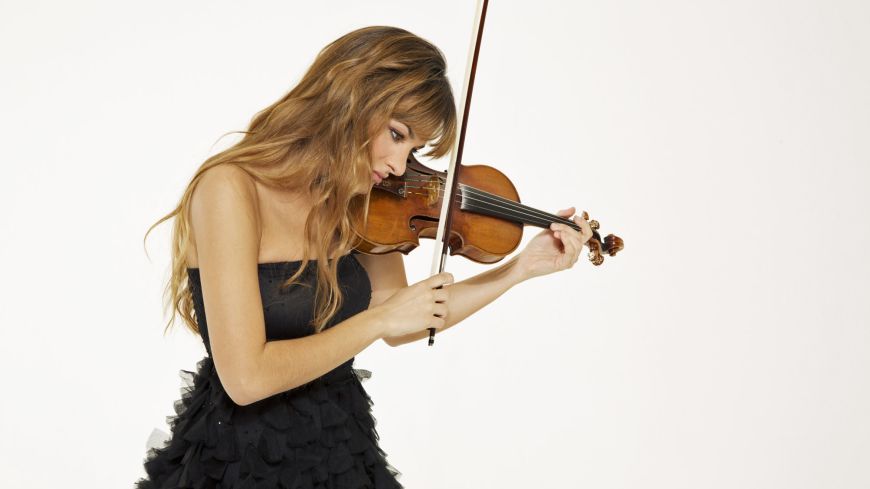 Sitting behind the Orchestra were one hundred and fifteen or so members of the Junior Chorus - ranging in age from seven to fifteen - to sing Sir James MacMillan's Little Mass. The composer had told us in his pre-concert talk of a conversation with his college friend, Christopher Bell the Junior Chorus Director since 1994, lamenting the shortage of choral works written for junior voices. Funded by the RSNO with the Royal Liverpool and Bournemouth Symphony orchestras, MacMillan had conducted its first performance a year ago in Liverpool and heard it performed in Bournemouth. But, he told us, the finest junior chorus in the United Kingdom was undoubtedly the one we were about to hear.

The Little Mass probably best describes the singers rather than its length for although it takes just three sections from the Mass, Kyrie, Sanctus and Agnus Dei, each last about ten minutes. The Orchestra is kept busy; Bill Chandler at the pre-concert talk said the violin part was difficult to play, whilst the singers wonderfully glide in and out in what is music for the concert stage rather than cathedral chancel. Interesting indeed, but to hear the work again would, for me at least, be wise before venturing an opinion.

If it wasn't good enough to have James MacMillan on stage, on came every Scot's favourite violin player, Nicola Benedetti. She gave us an extraordinary and most impressive performance of Karol Symanowski's Second Violin Concert with cadenza time aplenty. First performed in 1933 the four movements moulded into one and was derived from folk music of the Goral people of southern Poland. Bach was Nicola's choice of encore.

What but Berlioz's Symphonie fantastique could follow such a great first half, said Peter Oundjian the conductor, nursing an injured knee and having to perch to conduct. Memorable for me was the third of the five movements where two shepherds were conversing with a cor anglais and an offstage oboe, followed by a flute with the violins. A happy ending for an appreciative audience which had filled just about every seat of the Usher Hall.