Film of the Week: Harry Potter and the Deathly Hallows: Part 2 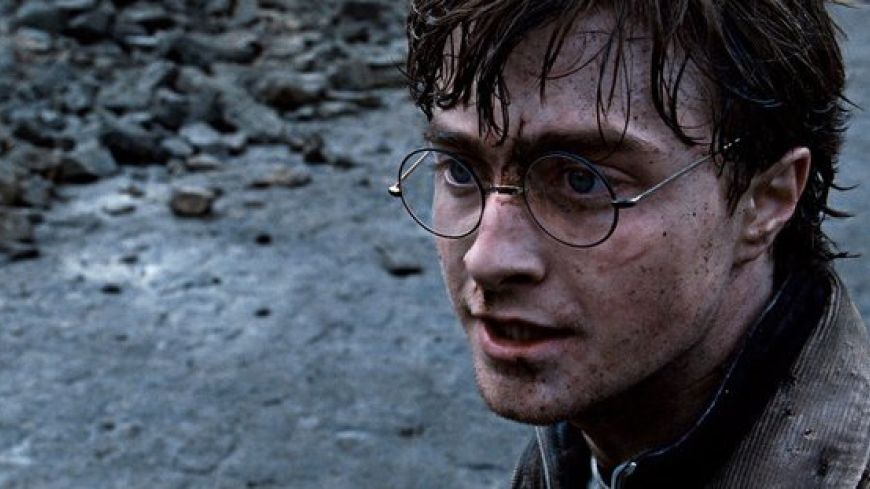 I had the good fortune a few years ago to run into JK Rowling while she was writing the final instalment of this much loved and wildly successful series. As she scribbled furiously away I rather hopefully enquired as to how things were turning out. ‘It’s a massacre,’ she replied.

Intrigued, I nevertheless didn’t quite get round to reading the Deathly Hallows, not because I didn’t want to (it's partly because when it comes to books I have the patience of a microscopic gnat), but because I was now enjoying not knowing what was coming in the later films.

There is of course little comparison or advantage to preferring film adaptations over literature but I distinctly felt I’d given myself an edge over the bulk of the well read cinema audience. I literally didn’t know what would happen, who gets bumped off, or how it would end.

I’ve managed to sustain this ignorance by threatening friends and strangers alike with certain death should they slip up in idle conversation and give something away. And so as the lights dimmed I got my biteable fingernails out. All I knew was: ‘it’s a massacre’.

Tonally, it’s very different from Deathly Hallows Part 1, (still the best in the series in my mind). That first half of the finale was unexpectedly accomplished, a surprisingly elegant and poetic work serving as the long slow tense build up to the big release, the inevitable final showdown between the lad with the infamous scar and you know who - yup, that’s right Thingymebob himself.

Beginning with a little reminder of what went before, Voldemort plunders Dumbledore’s grave to steal The Elder Wand, one of the Deathly Hallows three power boons discussed in the previous film’s stunning animation sequence.

Now armed with what is essentially the ultimate lightsaber, Harry Potter’s chances of defeating the dark lord look slim. And just to rub it in, John Hurt as the wand expert from Diagonalley, stealing his only brief scene, tells Potter he pretty much doesn’t have a chance. Cue creepy music and the darkening of the tale.

I doubt I need to describe any more. Potter and his trusty companions (and the usual abundance of good luck) continue on their noble quest to destroy the remaining pieces of Voldemort’s soul in an attempt to weaken and then defeat him once and for all.

What I liked from the start is Potter’s declared intention to take the fight to him rather than continually fend him off. That’s the moment I realised the kids had grown up. Potter & Co make their own decisions now, except of course, they’re comically incapable of making decisions except when dealing with an immediate crisis.

They discuss this before they march towards what is almost certain doom. When Ron asks what the plan is, Potter replies something along the lines of ‘when have any of our plans ever worked? We just turn up and all hell breaks loose’.

And that’s what happens in spectacular, no-holds-barred fashion. Extensive destruction, an epic battle and as Rowling promised, many are killed, including significant characters. The final confrontation between Harry and Voldemort is visually beautiful to behold.

Weaved into all this biblical mayhem are some nifty revelations - yup I was right about Snape all along, he isn’t all b…aherm. And Potter’s life turns out to be rather more significantly entwined with Voldemorts than I first suspected delivering a nifty Catch 22 dilemma. It’s all filmed with a cinematic sheen and top-notch effects, pushing the series production values to their highest peak.

Ralph Fiennes is quite magnificent in this episode, probably because he finally has enough screen time to be. Like Rickman (who savours every pause between every uttered vowel), he plays his part somewhere between panto villain and genuine evil and is distinctly creepy.

There’s plenty of scary snake action again, plenty of nightmarish visions, and in one blood curling shot, a really unpleasant David Cronenberg-esque foetal apparition, bloodied and curled up on the clean white floor of a heavenly version of Kings Cross Station. I said in my last review that these are horror films for kids. It’s more so in this episode and I think some impressionable young children might find it all a bit too much.

It’s also a thrilling and emotionally engaging finale. One must take one’s hat off to Rowling and the formidable film-making talent that’s been mustered. They have provided us with a decade's worth of all the world's  archetypes, brilliantly repackaged into something uniquely British in spirit, with all its stiff upper lip characters and moral philosophising on human and social intolerance, but also delivering universally entertaining heroes and villains. Now all that’s left is for me to see what it looks like in 3D.