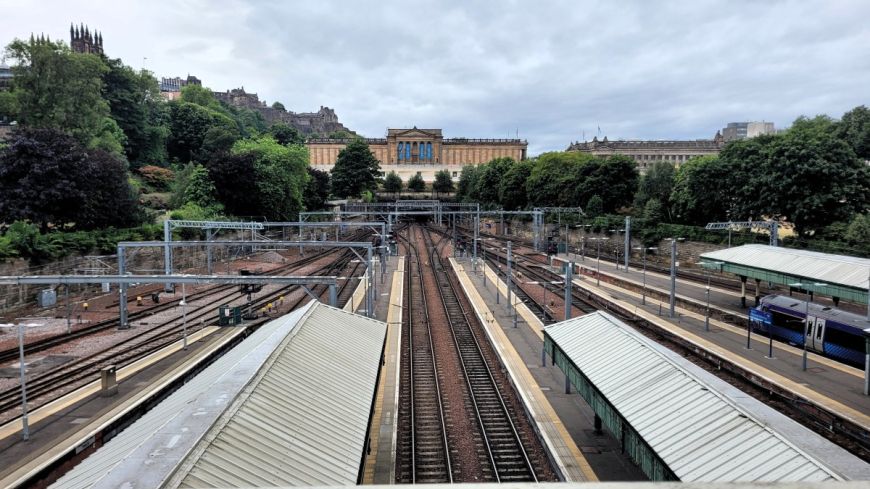 Rail services are expected to be impacted by more days of strikes in early October. Industrial action is planned by rail workers for this Saturday 1st October, Wednesday 5th October, next Saturday, 8th October, and Monday 10th October.

This Saturday, across Britain, travellers will see much reduced train services with no trains operating at all in many places. This Saturday will be the first time, since the industrial action started in June, that transport unions RMT (National Union of Rail, Maritime and Transport Workers), Aslef (the train drivers union) and TSSA (Transport Salaried Staffs' Association) have walked out on the same day, so trains will be even more significantly disrupted with only 11% of services expected to be operating across Britain.

No trains between London and Edinburgh

Trains will not be running on Saturday between London and a number of other major UK cities - including Edinburgh, Manchester, Liverpool, Birmingham, Newcastle and Norwich.

Scotrail, the main regional rail franchise, has published a revised schedule of services between 07.30 and 18.30 on Saturdays, 1 and 8 October:

Scotrail says: "Unfortunately, Network Rail will be unable to open any other signal boxes to operate passenger services on any other routes on the strike days."

Travellers should also be prepared for disruption on evenings before the strike (Fridays, 30 September and 7 October), and the mornings after (Sundays, 2 and 9 October) the strike action, as there will be disruption caused by the closing and reopening of signal boxes at different times across the country.

On Wednesday 5th October, train drivers at 14 companies will be on strike.

The transport unions are striking over conditions and pay, which has fallen in real terms, with UK inflation currently running at 10%.

RMT, representing Scotrail workers, who are striking again on Monday 10th October, said in a statement:

"ScotRail bosses have offered 5% but with inflation running at well over 11%, and a cost-of-living crisis that shows no signs of ending, RMT is demanding the company puts forward a decent proposal."

For latest details on the current round of disruptions see Network Rail and Scotrail's industrial action page.