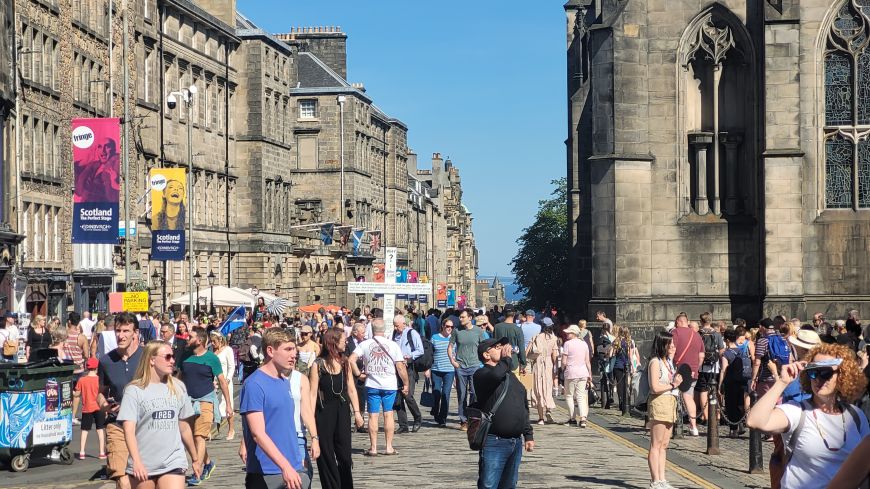 Eight of the major Edinburgh Fringe venues, known as the "Big Eight", have released a joint statement saying that the rising cost of accommodation is the "biggest risk" to the future of the Edinburgh Festival Fringe.

The 8 venues, who have combined marketing and box office resources under the banner EdFest.com, released the statement yesterday as the Fringe draws to a close.

The venues – which comprise Assembly, Dance Base, Gilded Balloon, Just the Tonic, Pleasance, Summerhall, Underbelly and ZOO – also reported a fall in ticket sales this Fringe of almost half a million: in 2019 the group sold  1,965,961 tickets collectively, compared to 1,486,746 forecast to be sold this year.

A spokesperson for EdFest.com said: “It has been fantastic to be back at the first full Fringe since 2019 – to see the live performance industry come roaring back to life in this post-pandemic world. There has been a real appetite and energy for shared, live experiences in Edinburgh over the last few weeks and the quality of the programme has been incredible – yet, the forecast number of tickets we’ve collectively sold is down 25% compared to 2019 which is a major threat for everyone involved in the festival."

The statement continued to outline the many factors that the Fringe has had to contend with, this comeback year.

“Together, we eight venues are forecast to have sold more than 1,486,746 tickets despite the very real continuing challenges to our industry, including the cost-of-living crisis, the lingering effects of coronavirus, the cost and uncertainty of international travel, the recent train strikes and more. Chief among these however is the soaring cost of accommodation in Edinburgh in August – audiences and artists alike are being priced out of town, out of experiences."

“It is clear to anyone spending time in Edinburgh, that there are fewer people in the city this year than in 2019. While there are certainly other factors that have affected audience numbers this year; the cost of accommodation is a perennial problem across the board. Disruption with public transport, delays with artist visas, and high fuel costs are even more insurmountable when people and performers simply cannot afford to stay in the city."

For many years, Fringe venue bosses such as Anthony Alderson at the Pleasance and William Burdett-Coutts at Assembly have issued warnings that Edinburgh is in danger of killing the golden festival goose through high prices. Due to high demand, Edinburgh's accommodation prices typically can be 50% more in August than in the Autumn months, some of the highest in Europe.

Another, albeit small, contributing factor is that the Edinburgh International Film Festival has returned to an August slot from its previous June slot.

"We know that a lack of safe, affordable housing is not just an August problem, but one that affects the artists, staff and audiences who call Edinburgh home. It’s imperative that local and national government, landlords, the universities, Fringe venues and the Fringe Society all come together to find a lasting solution for this issue, or the future of the Fringe is in very real danger."

The statement by the group of 8 venues also refers back to its criticism in July of the Fringe Society's role in representing the Fringe in terms of marketing and winning public funding to recover from the pandemic.

"Long term we also have to find solutions that allow the festival to be affordable to performers and the audience.  Given the extent of the reduction in sales the overall festival has a major job to do in restoring the event to normality, which may take several years and require some public support. We need to stabilise the current situation where many people have made significant losses; to address the accommodation issue; to find ways of supporting work; and a major marketing campaign to get the audience back to the festival."

The statement signs off:

“Over the past 75 years, the Edinburgh Festival Fringe has earned its reputation as the world’s leading arts festival. We must continue to work together to do everything in our power to ensure that it remains a vibrant, inclusive, and financially accessible destination for another 75 years.”