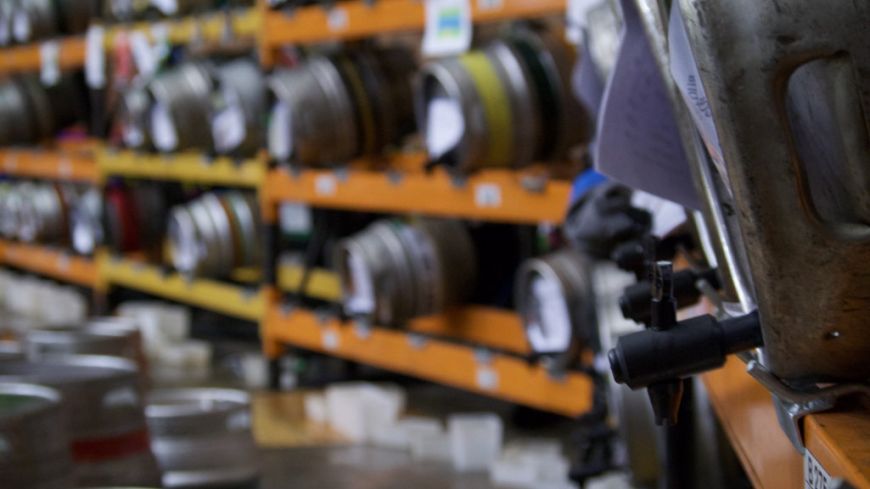 The brewing and pub scene across Scotland is booming, according to the Campaign for Real Ale (CAMRA).

Breweries that have recently opened range from Lowland Brewery in Lockerbie to Loomshed Brewery in Tarbert on the Isle of Harris in the Outer Hebrides, the Seven Kings Brewery in nearby Dunfermline to the Knoydart Brewery on the remote Knoydart peninsula on Scotland’s West Coast.

Among them is the churlishly named Faking Bad Brewery in Prestonpans, East Lothian. Set up by a couple of chemistry teachers Gareth Evans and Gordon Kidd, the name was inspired by Netflix hit show Breaking Bad. At the same time, the two wanted to stay on the right side of the law, unlike the chemistry teacher protagonist of the show Walter White. Faking Bad beers have names like Dark Energy, Atomic Ale and Alchemy Ale.

As well as aiming to brew tasty ales, the eco-minded Overstone 109 Brewery in the East Neuk of Fife, recently set up with the aim of ultimately brewing craft beer without burning fossil fuels.

Meanwhile, Ride Brewing located under a railway arch in Glasgow set out with an accessibilty goal to grow the brewery while employing the disabled in meaningful work.

Pub of the Year Competition

CAMRA also announced that the Bridge Inn in Peebles has been named one of the best pubs in the UK, making its way to the next stage of the competition in the nationwide search for CAMRA's Pub of the Year.

CAMRA says: “The Bridge Inn is a cheerful, welcoming, town-centre local which is also known as 'the Trust'. The mosaic entrance floor shows it was once the Tweedside Inn. It has a bright, comfortable bar which is decorated with jugs, bottles, pictures of old Peebles and displays relating to outdoor pursuits. There is a cosy corner with a log burner and a small room to the rear. The sun trap patio overlooks the river and hills beyond.”

The Bridge Inn previously won 2017 CAMRA Pub of the Year for Scotland and Northern Ireland. It will now compete in the next round of the competition, competing to be named one of four finalists, and stay in with a chance of becoming the overall winner, to be revealed in February 2020.

CAMRA's The Good Beer Guide compiles reviews by thousands of independent volunteers of over 4,500 pubs across the UK. Inclusion in the book is based on merit not payment. It is also available as an app.

Tom Stainer, CAMRA's Chief Executive said: "The Good Beer Guide has always had an important role in acting as a barometer of the beer and pub industry. We believe information gleaned from the Guide is absolutely vital in the drive to save our pubs from closure and campaign for policies that better support pubs, local brewers and their customers."