Beardyman: One Album Per Hour 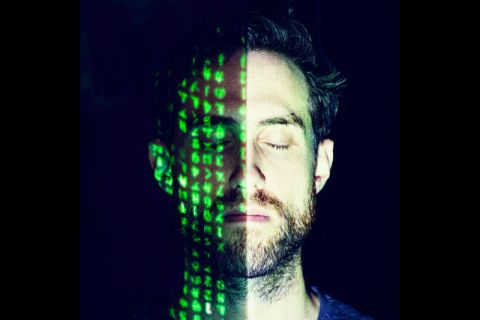 Every year the Edinburgh Fringe is full of improvisation. However, there is nothing quite as original as Beardyman who, true to his title, creates a whole album using just his voice and a whole load of tech.

The premise of his show is to create an album based on audience suggestions – the kind of improve we’ve all seen. But Beardyman is a one man powerhouse and takes those suggestions to a whole new level.

After an initial celebration of his talent and a chance to get the audience onside, he’s away. Most tracks begin with a bit of beatboxing, which is pretty incredible to hear. His versatility is just as impressive as the skill – some of his noises sound synthetic, but it’s all live performance.

His music is built up through sampling. On stage with him is a keyboard, guitar, several screens and about a million wires. He is a virtuoso of modern tech, which in itself is exciting to watch.

The volume is a little unnecessary and the lighting extremely off-putting; a series of roaming spotlights over the audience that blind them every couple of seconds make it difficult to concentrate.

It is a very similar construct to his 2015 show, but this is no bad thing. Beardyman, apart from being absurdly talented, is funny. It’s like being invited to a spectacular jam session, and he isn’t afraid of admitting that one attempt hasn’t worked and starting again.

This show is loud and proud. You need at least an appreciation of modern music to enjoy this fully. What he does is unlike anything you’ll see again in a hurry - and he does it incredibly well.