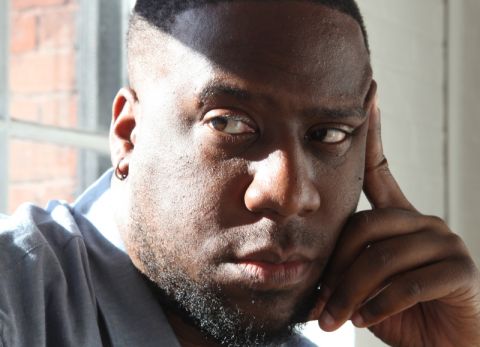 It's late and the lighting in The Hub theatre is so dim that it becomes impossible to read the free programmes being handed out by the ushers. A mix-tape of R&B and cosmic hip-hop meanders unobtrusively from behind the stage and the general vibe is of laidback hipsters looking to commune. This is the Edinburgh International Festival? This year's selection of concerts for the Hub Sessions comprise an excellently eclectic selection from the worlds of avant-rock, electronica and, tonight, a bit of jazz with a big hint of informality.

Robert Glasper's work falls into two moulds, that of guest-artist strewn mergers with modern soul and hip-hop but also that of a more traditional Blue Note signed pianist with his trio performing standards and interpretations of contemporary songs in similar modes. Where once jazz gave us New Directions in music, now we have New Standards. Glasper's most recent release with his trio is the self-explanatory Covered which retools music by Joni Mitchell, Kendrick Lamar and, somewhat inevitably in these situations, Radiohead.

Glasper ambles on stage as if he'd just absentmindedly wandered into his kitchen, accompanied by bass player Vicente Archer and drummer Damion Reid. There's a bit of banter with the audience and then into a mesmerising groove-thud version of Prince's “Sign O The Times”. Archer's bass hooks down the original's drum loop as Reid rattles out a sharp snare battery. Glasper follows Prince's vocal line before gradually departing into more romantic pastures, the harsh funk of the song turned to piano rhapsody.

This sets a precedent for much of tonight's show as Glasper and his fantastic rhythm section take modern niches and alchemise them into traditional yet timeless jazz pieces while still leaving room for a refitted standard like “Stella By Starlight”. However, too much of tonight's second half disintegrates into mock instrumentalist duels and extended passages of solo piano vamping from Glasper as if the three players are a bit too tired to decide upon one particular piece of music. Although the audience participation singalong of “Time After Time” is sweet and the final ominously serene chords of what sounds like Radiohead's “Pyramid Song” hints at darker currents, the concert good-naturedly collapses towards the end. It's been fun but it could have been a lot more.