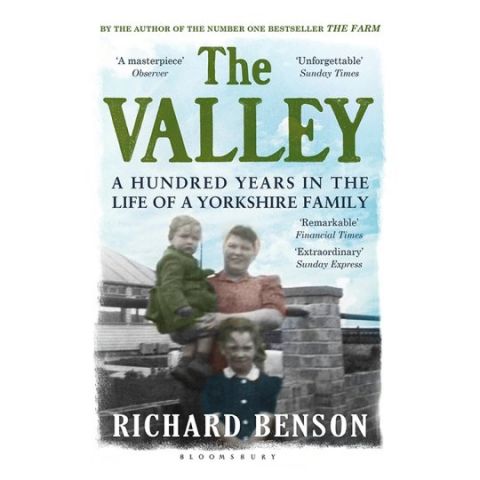 Founded in 1919 by Janet Coates to commemorate her late husband James Tait Black, a publisher with a great love of books. As Britain's oldest literary awards, two £10,000 prizes are presented to new works of Fiction and Biography written in English.

More than four hundred books were submitted this year to be judged by a team of Edinburgh University Academics and postgraduate students. Edinburgh has the oldest department of English Literature in the world, having first offered courses on 'rhetoric and belles lettres' from 1762.

Having previously been a private presentation at the University, it is ideal that the Awards ceremony has been held at the EIBF since 2008 to promote the shortlisted books and the James Tait Black Prizes to an international audience. The event was presented by BBC broadcaster and author, Sally Magnusson, who skilfully led the discussions on the eight books with insight, humour and great enthusiasm.

Dr. Jonathan Wild introduced the shortlist for the Biography prize: “The Valley”, by Richard Benson, (Bloomsbury) is based on the experience of life on a Yorkshire farm over four generations covering his great-grandmother Winnie's ninety-two years in the Dearne valley. Benson decided to write a social history against the backdrop of pit closures and miners’ strikes, as he felt that as a novel, no one would have believed his family story.

Dan Davies is the author of “In Plain Sight, the life and lies of Jimmy Saville” (Quercus), “a compulsive, colourful and chilling read.” As an investigative journalist, Davies set out to give the facts which “we need to know” in order to understand Saville, the monster behind the TV personality.

“Eleanor Marx – A Life by Rachel Holmes” (Bloomsbury), was described by Magnusson as reading like a Victorian sensational novel. The daughter of Karl Marx apparently changed the world as a supporter of workers unions and Feminism. A translator of Flaubert's Mme Bovary, pioneer of Henrik Ibsen, she edited her father's political works.

Lyrical and evocative, "Other People’s Countries” (Cape) by Patrick McGuinness, is set in the Belgian border town of Bouillon, his mother’s homeland. As a very Proustian memoir, the sense of place is “quietly brilliant.”

Moving on to Fiction, Professor Randall Stevenson joined Sally on stage. As an eloquent speaker, he gave a marvellous precis of each novel with captivating, theatrical panache.

A debut novel by Zia Haider Rahman from Bangladesh, “In the Light of What We Know” (Picador), is a reflection on the Banking crisis, the world of politics and finance, as well as being a “compelling, engaging love story.”

“Dear Thief” (Cape) by Samantha Harvey is a beautiful, hypnotic tale about friendship, betrayal and forgiveness. In the form of a long letter by a woman to her childhood friend, it’s inspired by Leonard Cohen’s “Famous Blue Raincoat,” a song about a love triangle.

With the title taken from King Lear, “We Are Not Ourselves” by Matthew Thomas (Fourth Estate), is a portrait of an Irish American family in New York, with a powerful observation of Alzheimer’s and the unravelling of a mind.

‘Fourth of July Creek’ by Smith Henderson, (Heinemann), is reminiscent of ‘The Grapes of Wrath.’ Set in rural Montana, this is a moral tale about a social worker coping with “messed up” children, the victims in an uncaring world.

After this inspiring literary conversation, the winners of the James Tait Black Prizes 2015 were announced: ‘The Valley’ and ‘In the Light of What We Know’ with both – very surprised but delighted - writers reading a short extract from their books.