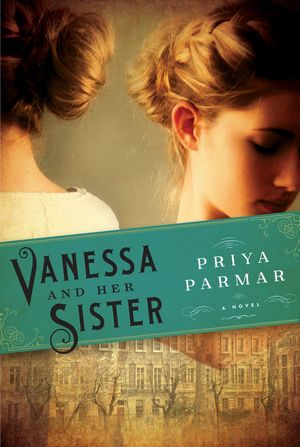 Delving into the intimate lives of real women has taken Paula McLain and Priya Parmar on extensive travel trips to investigate hidden secrets and separate gossip from fact. The art of fictionalised biography is like painting an impressionist portrait, part truth, part colourful imagination.

Chaired by Lee Randall, the opening introduction was a little confusing as it was not made clear what the title or subject of Paula McLean’s book is (and not mentioned in the EIBF programme).

Following the success of ‘The Paris Wife’ about Hadley Hemingway, her new book is 'Circling the Sun' about the pioneering aviator, Beryl Markham. Just as she is about to read a passage, she stops to ask the audience, ‘Do you know who Beryl Markham is?’ No, not many of us do.

So, let’s start again with a mini biography. Beryl was born in the UK, 1902, followed by a childhood in Kenya where her father had a horse ranch; in 1936, as a fearless adventurer, she flew single-handedly across the Atlantic.

As Markham had already written a memoir, ‘West with the Night,’ was it not difficult to re-write her story? Paula explains that this was not a complete life, failing to mention her three marriages and son. What also intrigued her was the triangular relationship between Beryl, Karen Blixen and Denis Finch Hatton, portrayed, as Paula reminisces gleefully, by Robert Redford in the beautifully romantic movie, ‘Out of Africa.’

There was also a neat link between Hemingway and Markham. Having read ‘A Moveable Feast’ this lead Paula to find out about Hemingway's first wife, Hadley, his first wife. As a a Big Game hunter in Africa, Hemingway was fascinated by Markham’s life in Kenya and had read ‘West with the Night.’

The Bloomsbury Group is certainly better known, most recently dramatised in the BBC series, 'Living in Squares' and the Oscar winning film, ‘The Hours’ starring Nicole Kidman. There are two heroines in Priya Parmar’s book, ‘Vanessa and Her Sister’, namely Vanessa Bell and Virginia Woolf.

Priya begins by saying that at the Minneapolis book festival, the first question was, “Who is Virginia Woolf?’ which was not entirely inspiring for a literary debate.! But here in Edinburgh, no such problem.

She tells the captivated audience about the extensive research she undertook, with the initial problem of trying to gain permission to access The Tate gallery archives. Only by reading personal letters and diaries, could she get into the minds of the sisters, the artist and the novelist, within their complex web of relationships and marriages. Visiting Charleston Farmhouse was like a spiritual experience - Vanessa's family home is preserved just as it was, the paintings, furniture, books, cups and plates.

Realising that she would have to obtain authorisation by the family, she was advised to write a handwritten letter to Virginia Nicolson, grand daughter of VW. “So I practiced my hand-writing carefully and composed the letter ….”. Eventually a meeting was arranged, which was extremely nerve-wracking, but all was fine with just a few corrections required.

Both writers described the extraordinary amount of work involved to compile these fictional stories, like a jigsaw, following the threads to dramatise the lives of these remarkable feminist women of independent minds.

'Circling the Sun' by Paula McLain is published by Virago. ‘Vanessa and her Sister’ by Priya Parmar is published by Bloomsbury. This event took place at the Edinburgh Book Festival on 28 August, 2015