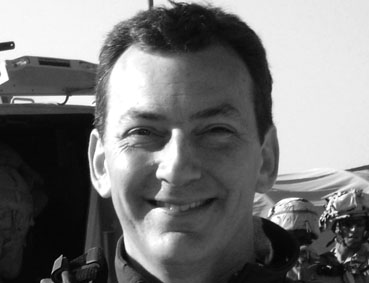 They were ordinary soldiers with dodgy equipment and often poor leadership. Journalist Mark Urban's book "The Tank War: the Men, the Machines, the Long Road to Victory 1939-45" records how "tankies" were among the few elements of the British army who fought through the whole of World War II.

In the war, Urban told an audience at the Edinburgh International Book Festival, 2,500 signed up to serve with the 5th Royal Tank Regiment, 30 per cent served right through the war, 10 per cent would die, 100 would become prisoners of war and 40 per cent would be wounded.

Today their numbers are dwindling. Mr Urban said some were reluctant to talk about their personal memories of the horrors of war. But one of his interviewees said frankly the war had turned them into hardened killers.

Many joined the tanks as this was considered a safer option than the infantry. Their tanks were seldom up to the task and in one battle 41 of them broke down. Their officers initially were men who had fought in the First World War and brought out-dated thinking to the tank war.

By the end of the war, tank commanders were often men in their late 20s who won more respect from their tough crews.

Urban told his listeners he rejected the view that the German General Erwin Rommel's Afrika Korps panzers were the better fighting force. The "filthy Fifth" tank regiment accumulated huge experience of fighting and tactics to become a decisive element in the war.