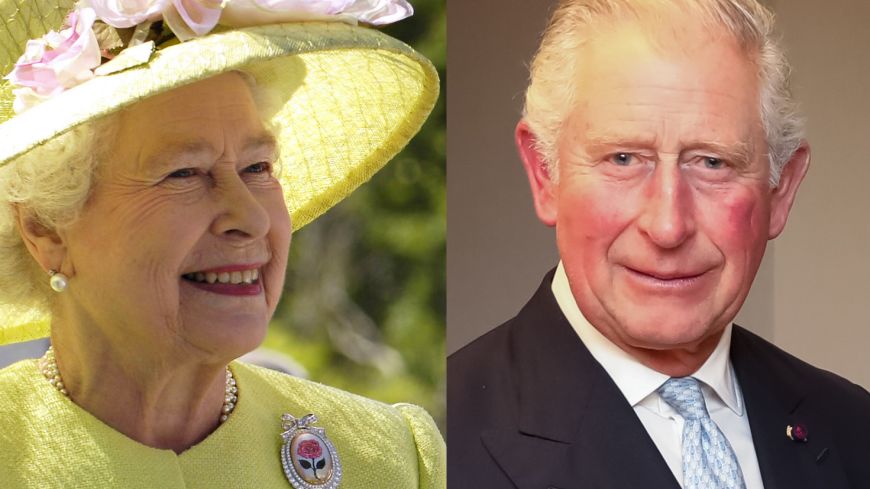 Queen Elizabeth's cortege arrived in Edinburgh from Balmoral at around 4pm on Sunday 11th. Crowds stood along the route, some clapping, often in silence, to glimpse a view of the passing coffin, draped in the Royal Standard. The cortege travelled along the A90, across Dean Bridge to the West End, up Castle Terrace and then down the Royal Mile to the Palace of Holyroodhouse.

The Queen's coffin will rest in the throne room at the Palace of Holyroodhouse until the afternoon of Monday 12th September.

In the afternoon (around 2.35pm), Her Majesty’s Coffin will be borne in Procession from the Palace of Holyroodhouse to St Giles’ Cathedral. In addition to the official party, it will be flanked by The King’s Bodyguard for Scotland (Royal Company of Archers) and the Guard of Honour.

Minute guns will be fired as the Procession makes its way up the Royal Mile. The last round will fire as the Hearse stops outside St Giles’ Cathedral.

There will be limited space on pavements along the Royal Mile for the public to see the Procession. Those wishing to attend should allow plenty of time.  Access may be restricted for safety reasons. See the City of Edinburgh website for latest travel info.

The Queen's coffin will be taken in a procession up the Royal Mile to St Giles’ Cathedral, attended by the King and Royal family, for a service at 3pm reflecting on the life of The Queen and her connection to Scotland.

Those represented will include members of the public, friends, family members and representatives from the charities and organisations The Queen was affiliated to in Scotland. The service will be led by the Reverend Calum MacLeod.

There will be limited space along the Royal Mile. Those wishing to attend are advised to allow plenty of time. Access may be restricted for safety reasons. Check City of Edinburgh Council and Traffic Scotland for further details.

Motion of Condolence at the Scottish Parliament

King Charles will return to Holyroodhouse after the service. There, he will have a private audience with the First Minister, Nicola Sturgeon followed by an audience with the Presiding Officer of the Scottish Parliament.

The King and The Queen Consort will then attend a tribute to the Queen at the Scottish Parliament at 5.40pm. The Parliament's members will consider a motion of condolence following the death of the Queen. Each of the party leaders will speak to the motion and the King will respond to the motion.

“This motion of condolence will provide an opportunity for the Parliament to come together to pay tribute to The Queen’s life of service and her enduring bond with Scotland and its people," said the Presiding Officer.

“This day will also mark a significant milestone for the country as we welcome the King to the Scottish Parliament for the first time as monarch.”

The Queen will lie at Rest at St Giles’ Cathedral following the service for around 24 hours before the coffin’s journey to London. Members of the public who wish to do so will be able to view the coffin at rest and pay their respects. This is anticipated to begin around 5pm on Monday 12 September and conclude the following afternoon.

There is expected to be a high level of interest and a queuing system will be in place. This is likely to involve standing for a number of hours in potentially challenging weather conditions, so come prepared.

Security checks will be in place at St Giles’ and certain restrictions will apply on mobile phones. Photography and recording is not permitted. The queue will pass a number of locations where refreshments can be bought.

At 7.20pm, on Monday, King Charles will hold a vigil with members of the Royal family at St Giles’ Cathedral.

King Charles will spend the night at Holyrood.

King Charles and the Queen Consort Camilla will fly to Belfast in the morning.

The Queen will lie at rest for around 24 hours in St Giles. Her final public event in Scotland will be the procession for departure of the coffin from St Giles’ Cathedral by road to Edinburgh Airport.

On Tuesday 13 September a hearse will take the coffin to Edinburgh airport. At 6pm, the coffin will fly to RAF Northolt, accompanied by Queen Anne, the Princess Royal.

The BBC has been providing live coverage online of events around Queen Elizabeth's funeral and mourning ceremonies.

The Scottish Parliament carries a live stream from the debating chamber.