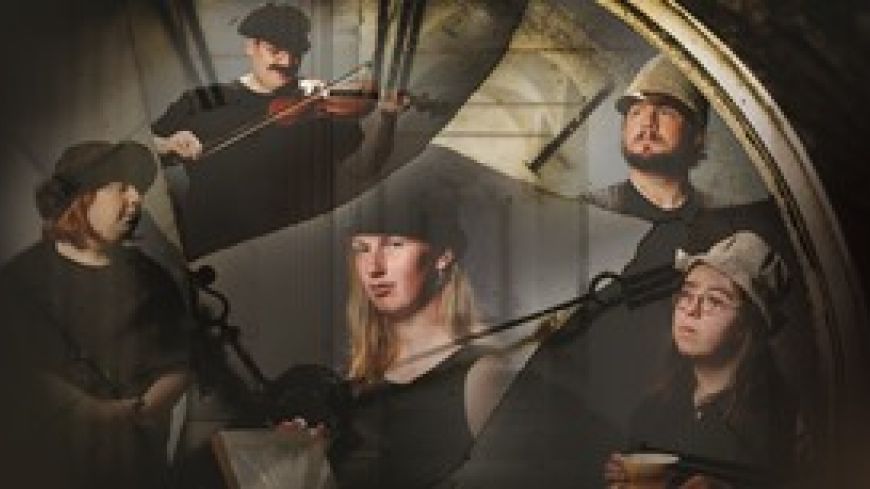 Lung Ha, Scotland’s leading theatre company for people with a learning disability, highlights the humour and nihilism in a lyrical distillation of Chekhov’s Three Sisters.

It’s a play in which the action, and therefore the plot, is less important than the themes and thoughts that drive it. The three sisters yearn for the excitement of the life they have left behind in Moscow, are dissatisfied and discontented with their life in the present, and hope for a better life in the future. Each struggles to understand why we live and why we suffer. Each suggests different answers. In the end they stand together, having lost just about everything else, clinging to hope as Olga, the eldest, intones ‘we must live’ while not understanding why, and the drunken doctor revolves in circles repeating ‘it doesn’t matter’.

Lung Ha’s production is a new version of the play by Adrian Osmond that distils what is often a three-hour-plus performance into a succinct 70 minutes. The result is a Chekhov classic stripped to its bare essentials. Clean, fresh and clear in its beautiful simplicity, the philosophical issues it raises are no less complex but are much less obscure. Osmond asserts that in the play, ‘every moment… seems to teeter between profundity and farce’, which sums it up exactly.

Under the experienced hand of Artistic Director Maria Oller, the cast create the world of the sisters, their servants, friends and relations in depth and detail. In one scene the laughter, conversation and the tinkling of glass and cutlery around the dinner table serves as a backdrop to the dialogue taking place in the foreground. Rarely is the action and movement coming only from the characters that are central to the scene. The collaboration of Lung Ha with folk musicians from the Sibelius Academy of the University of the Arts in Helsinki lends a general fluidity to the pace and flow, while at the same time their inclusion of authentic, traditional Russian songs denotes a particular sense of place.

Within this carefully constructed, nuanced environment the company play their parts with relaxed ease. This is a great example of an ensemble production and one in which the respect and trust they have in each other enables them each to achieve great things. The players act, interact and react even when they are not speaking in a way that other companies could learn from, but it’s the balance of drama and humour that seals this production’s success.

It’s rare that Chekhov’s plays, to his disappointment, elicits laugh-out-loud moments. This evening, the utter futility of the hopes and dreams of humans appears both stark and hilarious, just the way he would have wanted it.