This is Elvis, Edinburgh Playhouse, Review 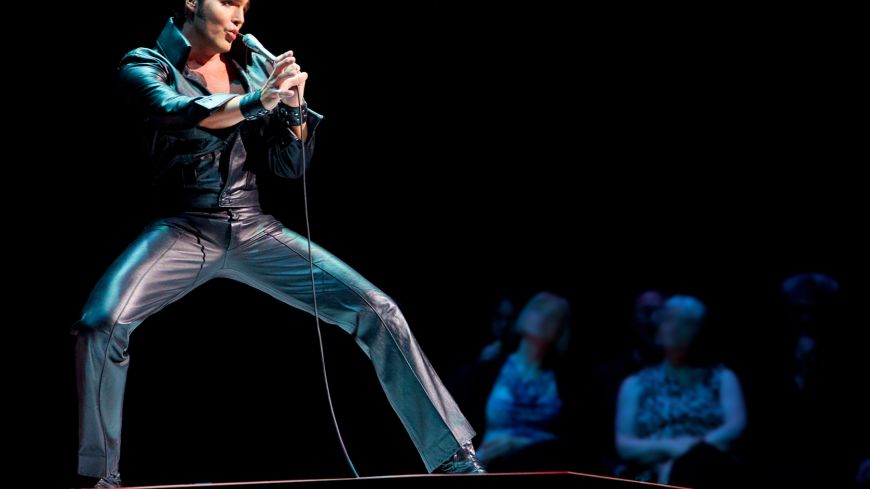 You just can’t help believing that Steve Michaels is the king of rock n’ roll in this tribute show.

‘This is Elvis’ begins in 1968. Elvis, after years of making bland movies, returns to perform in a televised concert prior to getting a residency in Las Vegas.

The first act mixes dialogue with songs and looks at the relationships with his band members, Priscilla and his manager Colonel Parker. It also covers his insecurities and growing dependence on popping pills to get through not only the day but performances as well.

The banter between Elvis and his entourage is quite amusing and draws chuckles from the audience although the humour seems more British than American. Nineteen abridged songs are included before the interval and get the audience in the mood for his Las Vegas performance.

Any semblance of a musical stops at this point: Act Two is a rip roaring concert covering the big ballads and some rock n’ roll with 20 numbers performed with amazing quality that brings a fair proportion of the audience to its feet.

Steve Michaels is good - very good - and has an authentic voice, the look and the moves to almost convince you that this is the real deal. But what the show lacks is the tension and audience anticipation of seeing in the flesh the artist that you may have appreciated throughout a lifetime. That is not a criticism, it's reality.

The band and backing singers all add to the effect. Some women of a certain age approached the stage with gifts and exchanged kisses with our leading man, which was surreal, but obviously they were totally engaged in the ‘Elvis’ experience.

Monday night was cold outside and chilly inside with the lady in front of me using her coat as a blanket. If you love Elvis and/or his music, this is a high quality tribute concert, but not really a musical.