The King and I, Edinburgh Playhouse, Review 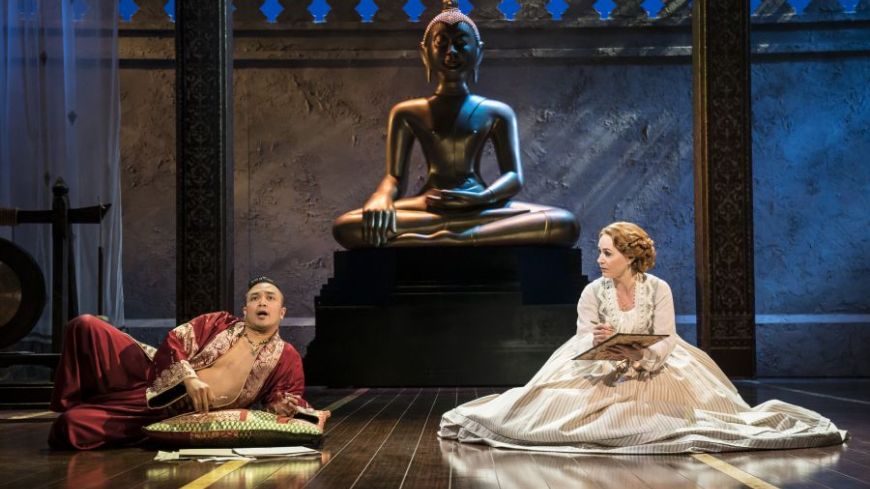 A sumptuous, visually stunning and atmospheric feast, this production of The King and I, the UK tour of the Lincoln Center Theatre version, is a wonderfully entertaining show. Composed by Rodgers and Hammerstein II in 1951, the production resonates with a fresh and modern approach towards its themes, keeping it relevant for 2019 audiences. With a strong and skilful ensemble, it is a joy to behold.

At the heart of the show is the war between progress and tradition, the differences between East and West and the impact of feminism, equality and diversity. The King of Siam has realised that his country needs to exist within a modern world, so invites an English woman to be a governess to his children and bring new knowledge to his country. What he may not have expected is how it will change him to become aware of how others see a culture in comparison to those living in it: it is not an easy thing to see ourselves as others see us.

Anna is a woman who knows her own mind and strives to educate others and to develop a respect for truth, despite a culture where men lead and women are seen as less than. She pushes for equality and understanding, but at the same time finds a growing sense of respect for the Siam culture and the challenges of the King. Despite many arguments, there is a strong regard between Anna and the King.

The musical numbers are instantly recognisable and performed beautifully by the ensemble. Annalene Beechey is a find as Anna, with a rich, lively voice that lends itself well to these well-known tunes including I Whistle a Happy Tune, Getting to Know You and Shall We Dance. She has a warmth and strength of personality that brings alive the essence of Anna: she makes the role her own.

As the eponymous King, Jose Llana is charming and entertaining. While he uses an effusive manner to make his kingly points, he is able to convey a great deal of meaning in a simple sound. There are times when he allows this to become more naturalistic and brings wonderful nuance to key moments. The lead up to Shall We Dance is particularly striking as Llana and Beechey effortlessly embody the moment where the King and Anna see each other as individuals, not simply their roles in life.

It is no mean feat to make a musical as relevant today as it was more than 60 years ago, but director Bartlett Sher has created a moving production that should appeal to both admirers of the film and to new audiences alike.