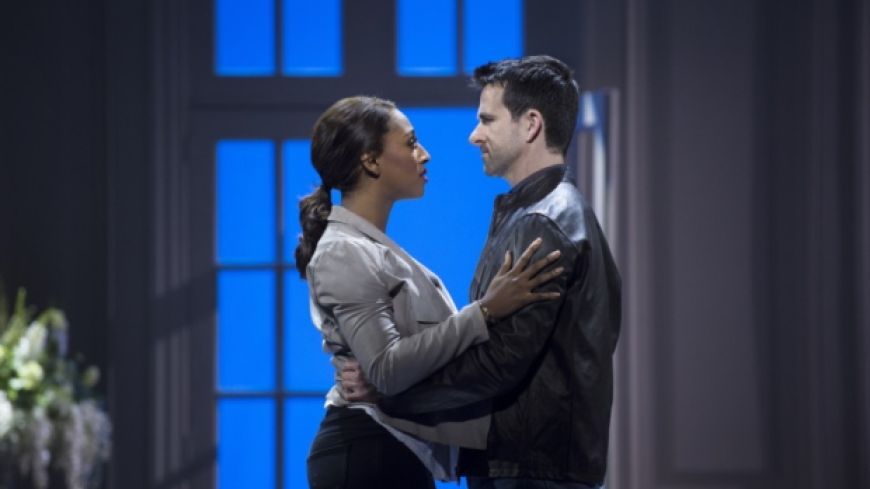 You may not know the name Lawrence Kasdan but he’s a major Hollywood screenwriter of such movies as Raiders of the Lost Ark, The Big Chill and The Empire Strikes Back.

Years before this success, his film script for The Bodyguard was rejected 67 times until it was accepted by Warner Brothers in 1977. The plan was to cast Steve McQueen and Barbra Streisand - but both stars turned down the movie as did Ryan O’Neal, Diana Ross, Madonna et al.

With patient perseverance, The Bodyguard was finally filmed with Kevin Costner and Whitney Houston to become an international blockbuster, the second-highest-grossing film of 1992 and the soundtrack sold 45 million copies worldwide.

The screenplay was then adapted into a musical, opening in London’s West End, Autumn 2012. This current UK tour began in February 2015 and continues to Spring 2016.

The Bodyguard is about Frank Farmer, a former CIA agent hired to protect the American Oscar-nominated, celebrity singer, Rachel Marron, following death threats from a menacing stalker. Who better to take on the role than Alexandra Burke, the hugely popular winner of X Factor 2008. Her single Hallelujah was the Christmas Number One, selling one million copies in the UK.

Just like the introductions to Star Guests on X Factor live shows, a giant screen back stage shows glamorous close-ups of Rachel Marron, with facts and figures of her global success - 25 million albums sold, 12 number ones and 6 Grammys.

From the raunchy opening number, “Queen of the Night” - well staged with glittering costumes, flashing lights, soaring flames, a dance ensemble and eight piece orchestra - it’s like being at a genuine rock gig itself. Alexandra may be portraying a fictional character but her own experience as recording artiste and concert tours with Beyonce, brings authenticity and star quality to her performance.

Frank is played by Stuart Reid with cool James Bond charisma and a veneer of quiet stoicism. Rachel is a true Diva who finds the idea of a 24 hour guard as intrusive in her private life. It is her cute young son, Fletcher who is drawn to Frank like a father figure, fascinated by his exciting job and soon the three of them develop a close, trusting friendship.

The plot is paper thin with just a handful of cameo characters to add more colour to the central story. Rachel’s manager, Tony, is a smart-suited, suave guy, reminiscent of Nigel in The Devil Wears Prada, complete with crisply camp mannerisms. Her sister Nikki is attracted to Frank, but with his eyes on the leading lady, this leads to an awkward jealous situation.

The action moves from Karoake bar to Rachel’s lavish mansion, from bedrooms to Academy Awards ceremony, with a sequence of sliding screens and clever use of staging for slick scene changes.

In essence, The Bodyguard is a Juke Box musical, featuring the back catalogue of Houston hits. The lyrics move the story along in numbers such as One Moment in Time, All the Man that I Need, Run to You and – the torch song classic - I Will Always Love You.

Alexandra Burke is a natural soul-singer (her mother, Melissa Bell was a singer with Soul II Soul) with the vocal range to belt out a dozen numbers with passion and panache. She is also a fine actress, capturing Rachel’s complex personality - demanding Diva, caring mother and also a 20-something woman with a heart, falling in love with Frank.

But of course, this is not just a sweet romantic story, but a thriller about a murderous Stalker with some dramatic moments – no plot spoiler here but be warned - one theatre goer was overheard saying on the way out: “It scared the living daylights out of the person next to me!."

The capacity Playhouse audience was clearly dazzled by the show and classy performances giving the company a united standing ovation from the stalls to the upper circle.