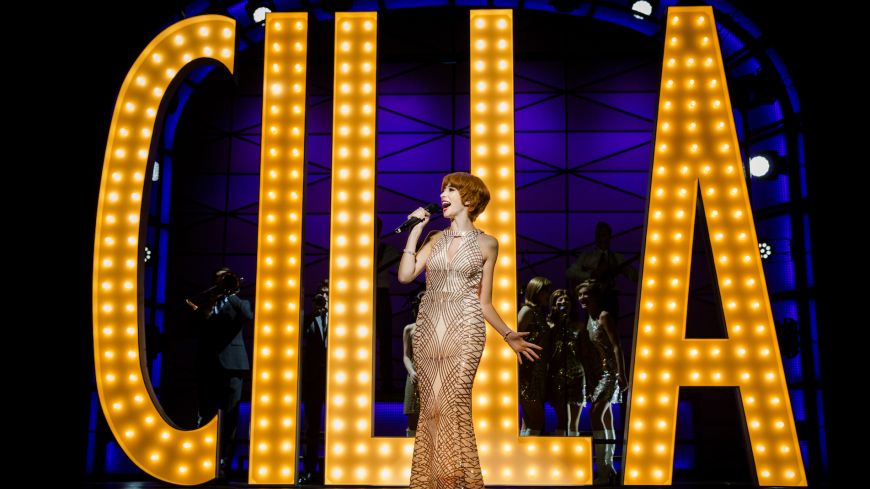 There were no big surprises as the stage show follows the acclaimed T.V. series. This is probably inevitable given that Cilla Black’s family have shared anecdotes with writer Jeff Pope and that the script is based on a life story that we many of us are familiar with. This is no sanitised version, with Cilla a very determined girl who wanted to get out of the typing pool and become a star even if it meant treating ‘our Bobby’ (her eventual husband) quite badly, to the extent that he passed on opportunities because of his love for Cilla.

The first half was a bit underwhelming in musical terms, but the story brought out the divide in the City between Protestants and Catholics, reds and blues and the pride of a working class mother that her daughter was deemed ‘suitable for office work’.

Maybe there was a subtlety in the first half, in that all the acts were rough diamonds, including the look-a-like Beatles and Gerry Marsden. Whatever it was, the audience seemed unsure about applauding the numbers performed in the ‘Cavern’.

This was blown away in the finale to the first half when Cilla (Kara Lily Hayworth) was in the studio recording ‘Anyone who had a heart’ with quality and volume that left the audience with something to admire over the interval.

The second half raised the bar to another level and had a bit of everything.

There was comedy, tragedy, drama and the music was fabulous. The look-a-like Beatles reprised ‘Twist and Shout’, along with other numbers, and actually sounded authentic and there was a clever insertion of other songs from the sixties as well as Kara Lily Hayworth absolutely smashing when either singing the greatest hits or in duets.

Television, even with great sound, cannot match a wonderful live voice. It reminded you how good songs like "Alfie" are.

This show has a great all-round cast with a special mention for Kara Lily who played the title role, Andrew Lancel as Brian Epstein and Carl Au as Bobby.

The production packs in nearly 30 songs, but it is more than a juke box and despite familiarity with her life story the script is always interesting with ‘I know I was in the Merchant Navy’ a running gag delivered brilliantly getting a laugh every time.

An enjoyable night, with the audience on their feet a welcome sight for the cast on an early trip outside Liverpool.