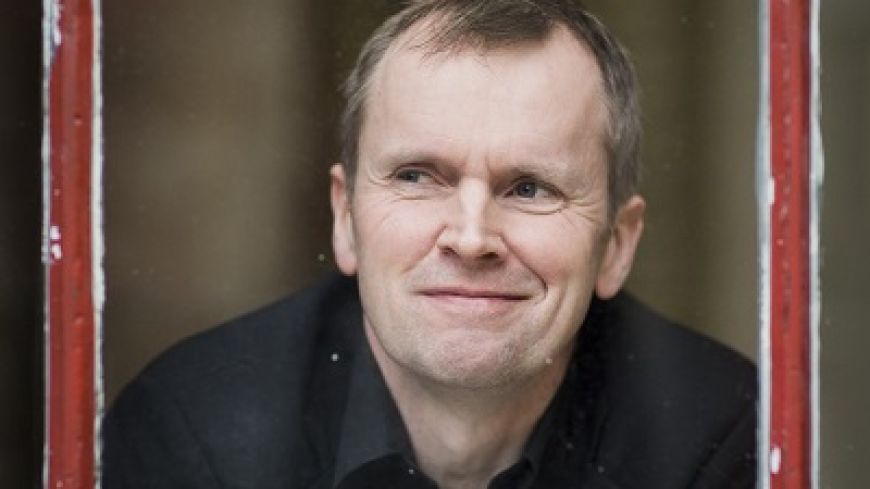 After a few words from Music Director Thomas Søndergård, the concert opened with a fourteen minute orchestral interlude from Franz Schreker's first opera Der fern Klang (The Distant Sound). The opera had first been performed in 1912 but the symphonic poem had been premiered three years earlier in an attempt to prepare audiences for the full opera. In the pre-concert talk Dávur Juul Magnussen told us how Fritz, an ambitious composer, had left his love Grete to make his fame and fortune. But it had not worked out and as he later dies back in Grete's arms his much desired Distant Sound comes to him. Dávur Juul Magnussen is a very good lecturer and with Thomas Søndergård alongside him we were given a first class briefing of the concert we were about to witness, even if imminent death applied to all three works.

With a smaller orchestra and the wind section up close to the grand piano, Thomas Søndergård brought on stage the Orchestra's Artist in Residence for 2019/20 the Scottish born Steven Osborne to play Mozart's Piano Concerto No 27. Its first performance in 1791 was to be the last time Mozart played in public; he died later that year. I hope Steven Osborne enjoyed playing for an Edinburgh audience as much as they clearly enjoyed its every moment. He gave a short Beethoven Bagatelle as a well considered encore.

As is the tradition the men of the orchestra played Tchaikovsky's Pathétique with jackets off - but no, of course that's nonsense. I imagine it was because the Usher Hall was particularly warm, maybe too hot, that without exception the men were white shirted, the women in black. Tchaikovsky died of cholera days after this his Sixth Symphony was premiered in 1893. Thomas Søndergård had challenged us to decide whether this was the composer's greatest work; Tchaikovsky said he had put his soul into it. Not surprisingly there was some applause as the rousing third movement ended which made the final lament all the more poignant. Remarkably, as the baton was held to keep a peace at the end, nobody in the audience needed to cough. A moving finish to a fine concert.