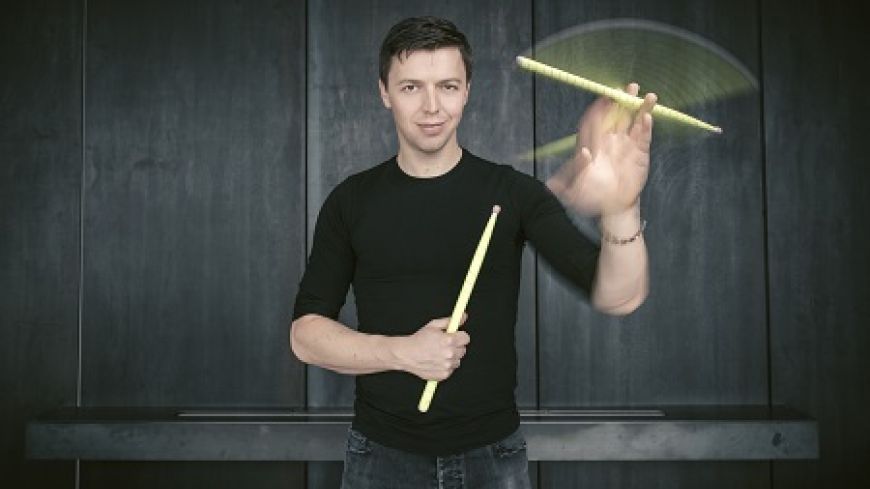 Kalevi Aho's Concerto for Percussion and Orchestra is properly titled Sieddi - a hill, or what they would call a mountain in Finland, with all sorts of mystical powers. First performed in April 2012 in London, we learned from the guest percussionist Martin Grubinger that, of all the works in his repertoire, this is his favourite. We watched while Grubinger took front stage and four of the Orchestra's percussionists were placed at either side and at the back. Conductor Elim Chan controlled the Orchestra whilst Grubinger worked away on a range of instruments native of five continents, supported in their turn by his colleagues. It was fascinating but controlled; Kalevi Aho's work lets the percussion integrate well with the Orchestra. Grubinger was kneeling respectfully whenever he had a gap between his round of the  instruments.

Grubinger's deserved encore had him give his four unsuspecting colleagues what looked liked sheets of music for a few minutes of lively film music. It's a shame he had put down the microphone but I heard most of what he was telling us; although I'm not sure his parting political statement was appropriate.

There's a school of thought that thinks the Usher Hall's acoustics are too classical for Shostakovich's Tenth. Some say it needs a concert hall with sharper more ragged edges. Not for me, and if it was a problem for Elim Chan she certainly overcame it. This was Shostakovich's first symphony after Stalin's death; Moscow's music critics called it 'an optimistic tragedy'. For me its long slow first movement was an antidote to the earlier percussion excitements. The three shorter movements which followed gave the optimism - an optimism and enthusiasm Elim Chan, starting her second year as Principal Guest Conductor, shared with us at the pre-concert talk and at the start of the concert.