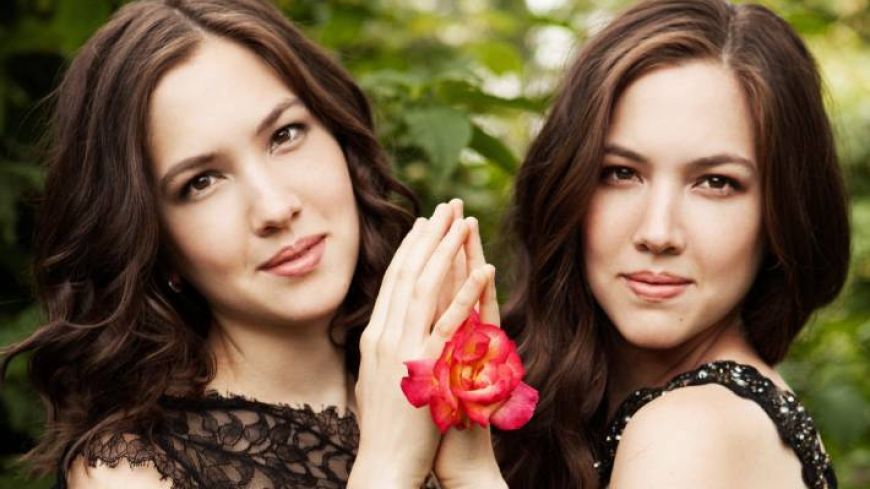 Microphone in hand, Thomas Søndergård introduced an extraordinary successful concert to celebrate Scotland's Year of Young People. At the beginning we heard Benjamin Britten's The Young Person's Guide to the Orchestra and at the end Camille Saint-Saëns Carnival of the Animals. The thee works in between were intriguing.

At the pre-concert talk in the Upper Circle Bar, the principal horn player Christopher Gough had with him the two composers whose works were to receive their world premieres in this concert. Both had been commissioned by the Orchestra. Michael Cryne was the winner of the Composers' Hub 17:18 New Work with his Open the Eastern Windows. The title comes from Longfellow's poem Children and the music charts the ups and downs of a young person's temperament. He cited his four-year-old daughter. Good though it was, it might have been better as the accompaniment to a film featuring young children.

Two grand pianos were placed side by side so that the players could look at one another for a performance of Poulenc's Concerto for Two Pianos. The pianists were the 27 year old twins from the USA, Christina and Michelle Naughton. It was fun to watch them play a concerto with its hint of the oriental - influenced by the Balinese gamelan with castanets and a memorable bassoon duet. The twins took the advantage of a longer than usual encore to continue to impress us.

By the time we were back in our seats after the interval the seats above and behind the Orchestra were filled with about 115 members of the Junior Chorus who had been trained by their interim director, Anne Murphy. Gary Carpenter's Ghost Songs was commissioned by the Royal Scottish National Orchestra and three other orchestras. The young people were singing six poems, four of them by the Scottish poet Marion Angus (1865-1946) who though slightly unconventional is highly regarded. The poems chosen were entitled Dawn and Twilight, The Ghost, Annie Honey and All Souls' Eve. Gary Carpenter used Robert Louis Stevenson's poem where he expressed his unhappiness with fellow guests at a spa and the children's ballad The Wee Wee Man. The singing was magical; bright and clearly understandable, the children clearly enjoying themselves - making this world premiere performance a very considerable success.

The twins were back at their pianos for the Wild Asses and later the Kangaroos in the Carnival of the Animals with Margarida Castro's double bass for The Elephant and Aleksei Kiseliov's cello The Swan. A happy evening and it achieved its aim - as the conductor had written in the programme 'But youth is nothing but a state of mind and tonight I invite people of all ages to discover the fun of orchestral music at its very freshest'.