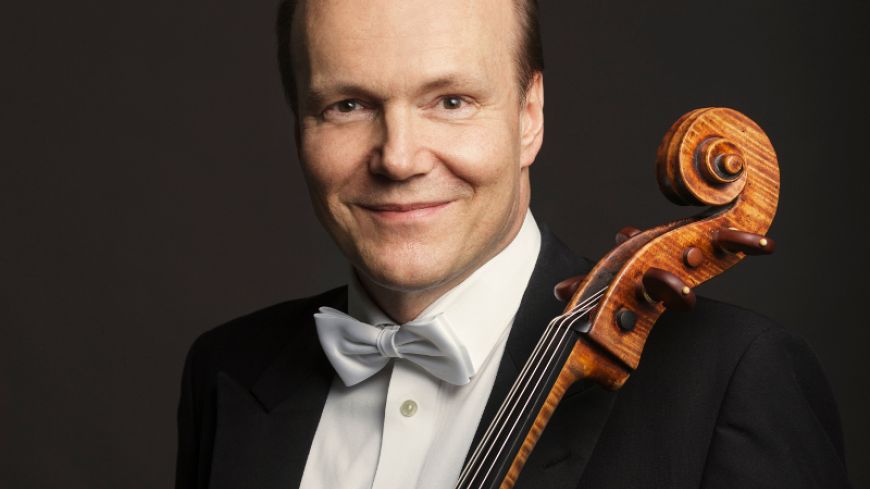 This was the concert to celebrate the end of Thomas Søndergård's first season as Music Director. It filled all the boxes, and proved to be a very fine evening. Bill Chandler is an excellent host at the pre-concert talk in the Upper Circle Bar. He was able to inspire us but, more importantly, to tease out of Thomas Søndergård what was in his mind when designing the concert. Thomas Søndergård's Danish diffidence and charming smile is pleasing to an Edinburgh audience. I dashed from the pre-concert talk to the Mezzanine Bar to squeeze in with the Patrons and Benefactors who help fund the Orchestra in order to hear their new Chief Executive, Alistair Mackie, introduce himself. He was giving us the audience figures for the first of both Peter Oundjian and Stephan Deneve's first seasons to show how much they had grown for Thomas Søndergård's.

After those preliminaries and a few words to the audience once on stage from the conductor, what better than to start the concert with a particularly calm work by Sibelius, his Belshazzar's Feast Suite Op 51. Originally incidental music for theatre, the composer made it into four short movements with Solitude from the viola, Nocturne from the flute and Chandra's Dance the clarinet.

For a very welcome return after six years, we heard Truls Mørk particularly sensitive interpretation of Elgar's Cello Concerto. Beforehand, a friend had wondered whether Truls Mørk could better the Orchestra's own Aleksei Kiseliov's performance of a year or two ago. Different as they were, both were of the highest calibre.

After the interval, the mighty Royal Scottish National Orchestra Chorus, formed as long ago as 1843, were in their seats behind the players having been prepared by their director, Gregory Batsleer. Thomas Søndergård brought on to the stage with him the baritone Anthony Clark Evans whom he had met when a BBC Cardiff Singer of the Old Main Prize finalist. We heard the powerful and exciting William Walton's Belshazzar's Feast, with words taken from the Old Testament Book of Daniel in its Fifth Chapter. The Chorus upheld their fine reputation and the baritone voice of Anthony Clark Evans was a delight.

It's been a privilege to enjoy Thomas Søndergård's first season. He told the audience to come back for the new season that starts on Friday 4th October - the very day he celebrates his fiftieth birthday!